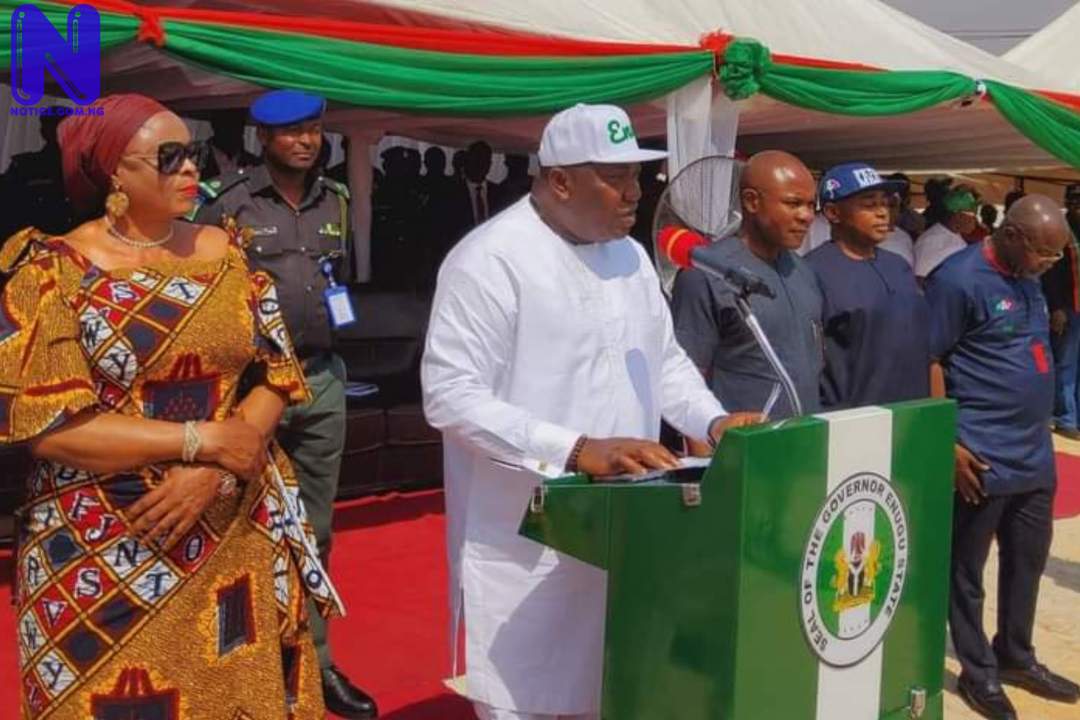 Governor Ifeanyi Ugwuanyi of Enugu State, on Tuesday, said that the State chapter of the Peoples Democratic Party (PDP) has constituted a robust campaign organisation populated at different strata by battle-tested, competent and experienced politicians who will ensure that all candidates of the party achieve early and comfortable win in the 2023 polls.

Speaking while inaugurating the PDP Campaign Organisation in Enugu State under the formidable leadership of Chief Ikeje Asogwa, a Ex-State Chairman of the party, as the Director General (DG), Gov. Ugwuanyi congratulated the DG and members of the organisation selected for the onerous task, reminding them and all teeming members of the PDP that "we are in this together."

Gov. Ugwuanyi pointed out that the PDP has enjoyed the overwhelming support and kind consideration of the good people of Enugu State in the past two decades, stressing that this demonstration of love, unflinching support and committed solidarity have been the wind in the sail of the party in the state.

Stating that the consecutive PDP governments in Enugu State have also strived to fulfill their contracts with the people within the limit of the available resources, the governor expressed confidence that “our campaign will leverage the stellar performance of the current PDP government in the state, the goodwill of our great party ,the PDP, the intimidating credentials and general acceptability of the flag-bearers of our party to achieve landslide victory for all of them in the 2023 general election.”

Gov. Ugwuanyi maintained that the Enugu State chapter of the PDP has a tradition of being peaceful, united, law abiding and yet resolute in the conduct of its affairs,” disclosing that “these attributes, as always, should guide the conduct of our campaigns in the state.”

Formally inaugurating the PDP campaign organisation for the 2023 general election in Enugu State, the governor prayed for the party’s total victory, a successful campaign process and charged members of the newly inaugurated campaign organisation to go the rural areas, speak the language the people will understand and the strive to ensure that the PDP wins all the way.

Speaking on behalf of members of the PDP state campaign organisation, the Director General, Chief Asogwa, thanked Gov. Ugwuanyi who is the leader of the party in the state and the South East geo-political zone, for giving them the opportunity to serve the party and assured the governor that they will deliver all candidates of the party.

“Your Excellency, the assurance we want to give you is that we are going to deliver all our candidates 100 percent starting from you (Ugwuanyi) to the last man.

“On behalf of all the members of the campaign council, we thank you all , be rest assured that the job will be done.”