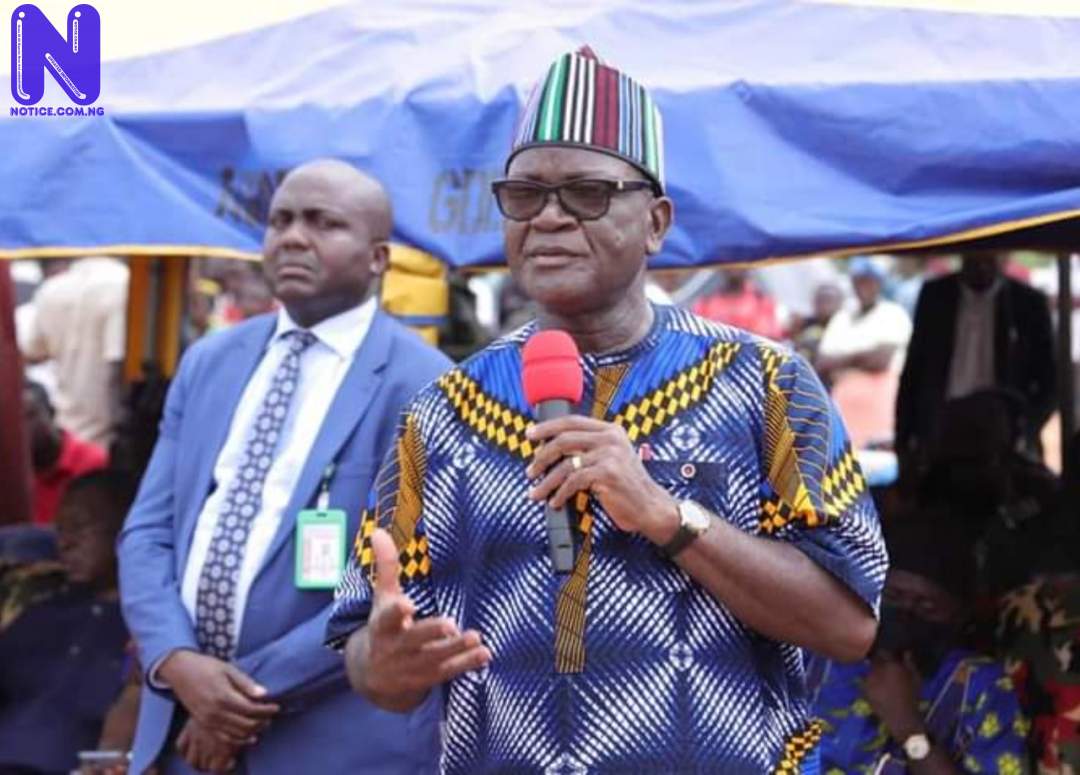 Governor Samuel Ortom has restated the resolve of his administration to ensure that there is sustained peace between Benue and its neighbours.

Ortom stated this on Friday during the burial of a prominent son of Kunav, retired Major Uke Wende at Tse-Zerem, Tsar – Mbaduku in Vandeikya Local Government Area of Benue State.

The Governor commended the Chairman of Obudu Local Government Area of Cross River State and other prominent persons from the state for attending the burial, expressing hope that the friendship cultivated with Benue especially on their borders be allowed to blossom for mutual benefits.

Governor Ortom who stressed the need for unity of purpose among people of the state, urged opinion and community leaders as well as those in positions of trust to expose criminal elements in their communities to check unrest, citing the situation in Konshisha where he admonished the people to ensure the return of normalcy in the area.

The Governor described retired Major Wende as a father, political leader, mentor and adviser who stood for truth and justice, saying that the deceased would be remembered in years to come, urging the family to be consoled that its breadwinner lived a life worthy of emulation.

Minister of Special Duties and Inter-governmental Affairs, Senator George Akume, acknowledged Governor Ortom for sustained support to security agencies in the fight against all forms of crime.

Represented by Professor Terhemba Shija, the Minister urged the family of Major Wende to be strong and not be weighed down by the death of their father who he said related well with those he came in contact with.

On his part, Senator representing Benue North East, Gabriel Suswam represented by a Ex-member of the Benue State House of Assembly, Dr Kyester Kyenge, enjoined Kunav people to immortalize Major Wende by imbibing his virtues of love and peace for which he was known.

Speaker, Benue State House of Assembly, Rt Hon Titus Uba said the death of retired Major Wende was a blow to the Kunav people and the entire Jechira land, saying the people would greatly miss his fatherly counsel.