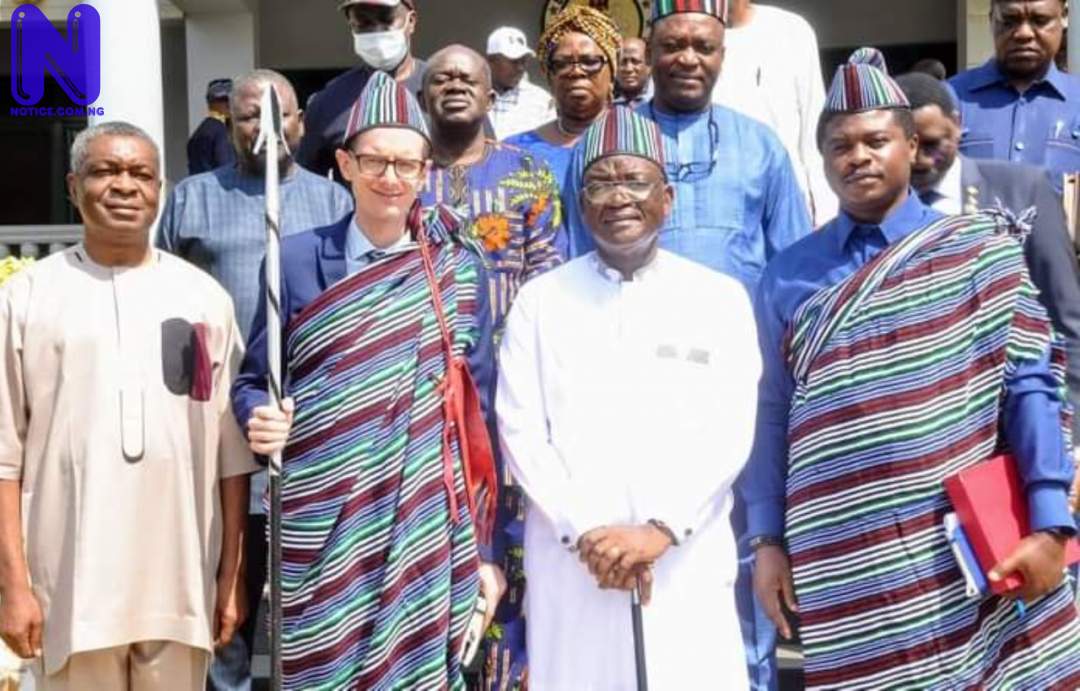 Benue State Governor, Samuel Ortom has solicited the partnership of the United Kingdom and Benue State for the development of agriculture and the entire agric value chain.

Governor Ortom spoke Tuesday, at the Benue Peoples House in Makurdi during a courtesy visit on him by the Head of Governance and Security, British High Commission, Sam Waldock.

He told Waldock that Benue is endowed with fertile arable land for the production of crops, tubers, fruits bearing trees, vegetables among others.

The Governor expressed hope that the visit will facilitate the creation of a Benue-UK Economic Partnership to develop agriculture in order to strengthen security and livelihood support in the state.

Governor Ortom also called on the UK government to push for more donor support to displaced persons in the North Central states and the establishment of a North Central Development Commission, NCDC.

The Governor also solicited the partnership of the UK government towards assisting in the resettlement of displaced persons and the humanitarian crisis in the state.

On security, Governor Ortom told the British High Commission officials that his administration is willing to partner with the British Government towards improving security around farming communities and to intensify peacebuilding initiatives.