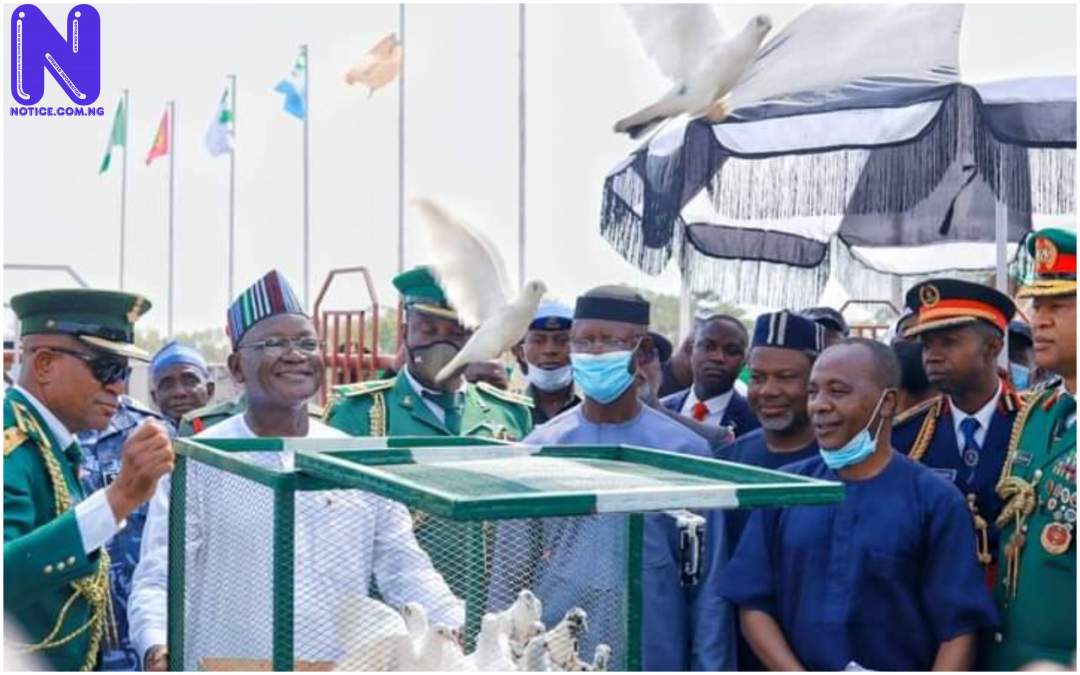 As part of activities marking the end of the 2022 Armed Forces Remembrance Day Celebration, Governor Samuel Ortom, on Saturday, performed wreath laying ceremony at the Remembrance Arcade at the IBB Square, Makurdi.

Governor Ortom, on arrival at the IBB Square, received national salute from the parade, after which he inspected the Guard mounted by men of the Armed forces before proceeding to perform the wreath laying ceremony.

The Governor joined other dignitaries and top military officers in praying for Nigeria and her fallen heroes and laying of wreaths.

The Governor thereafter released pigeons into the sky to signify peace for Nigeria.

Governor Ortom had earlier at an interdenominational service to mark the 2022 Armed Forces Remembrance Day Celebration, conveyed the Benue State Government’s decision to support each family of security personnel who died in the course of defending Benue from 2017 to date with N500,000 each.


READ ALSO >>> Ortom fires back at presidency, challenges Garba Shehu to contest councillorship in his hometown