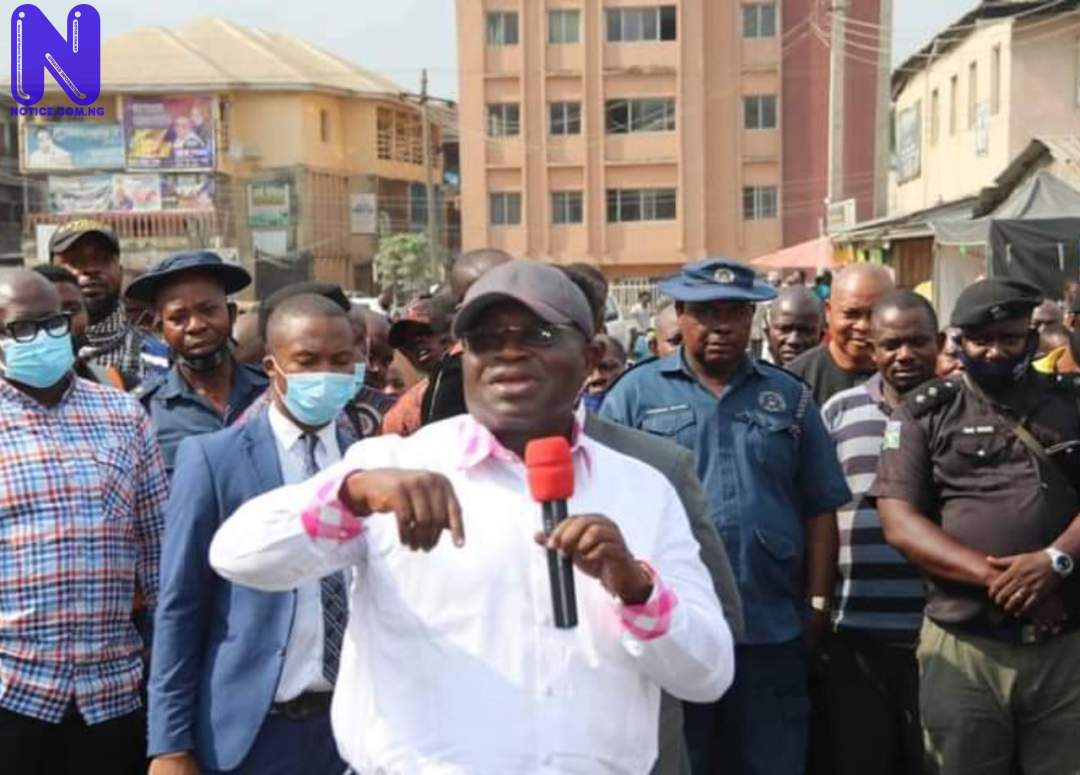 Abia State Governor, Okezie Ikpeazu has said he embarked on massive road construction with the aim of gradually reducing the infrastructural deficit in the State.
The Governor disclosed this at the official commissioning of the Egege/Ebenma Roads in Aba North Local Government Area.
Ikpeazu said the road is strategic for trade and commerce, adding that the essence of the road constructions in Aba was to ventilate the Aba commercial city.
He reiterated the need for residents to protect the road and the drainages done for them, urging them not to allow people to destroy roads government spent money to fix.
The State helmsman who said he decided to build quality road infrastructure with rigid pavement technology as a solution to the perennial road failure, insisted that: “If we fail to deliver infrastructure that will outlive our government, we will have robbed the people.”
Commissioning the road, the Apostolic Nuncio and Head of the Vatican Diplomatic Mission to the Caribbeans, Catholic Archbishop, Most Reverend Fortunatus Nwachukwu expressed delight to be part of the epoch making event and appreciated Governor Ikpeazu for a job well done.
He urged the Governor not to relent in building more roads as he will be shaming his detractors by so doing.
Speaking, the member representing Aba North at the State House of Assembly, Hon. Aaron Uzodike and Commissioner for Works, Barrister Bob Ogu called on residents to take responsibility of defending the facilities made available for them by protecting the road. They appreciated Governor Ikpeazu for the infrastructural developments of Aba.
Earlier, the Chairman, Aba North LGA, Prince Chimehilaura Ikonne thanked the Governor for his efforts in reconstructing the Egege/Ebenma roads.
Prince Ikonne while expressing confidence that the road would stand the test of time, promised that his people would protect it.
In their speeches, the President of the Aba Chamber of Commerce, Sir Lawrence Obetta, Member Aba Landlords Association, Chief Jerry Kalu, a woman Leader in the area, Mrs Fine Alison and Geoffrey Ike-Nwateacher thanked the Governor for fixing the road.
They said if Ex-governors had done the kind of work Governor Ikpeazu was doing, Aba would have been more developed than what it is now.
In his speech, the road Contractor, Mr. Izuchi Nwosu assured that based on the fact that the road was done with cement pavement technology, it would last for a very long time.