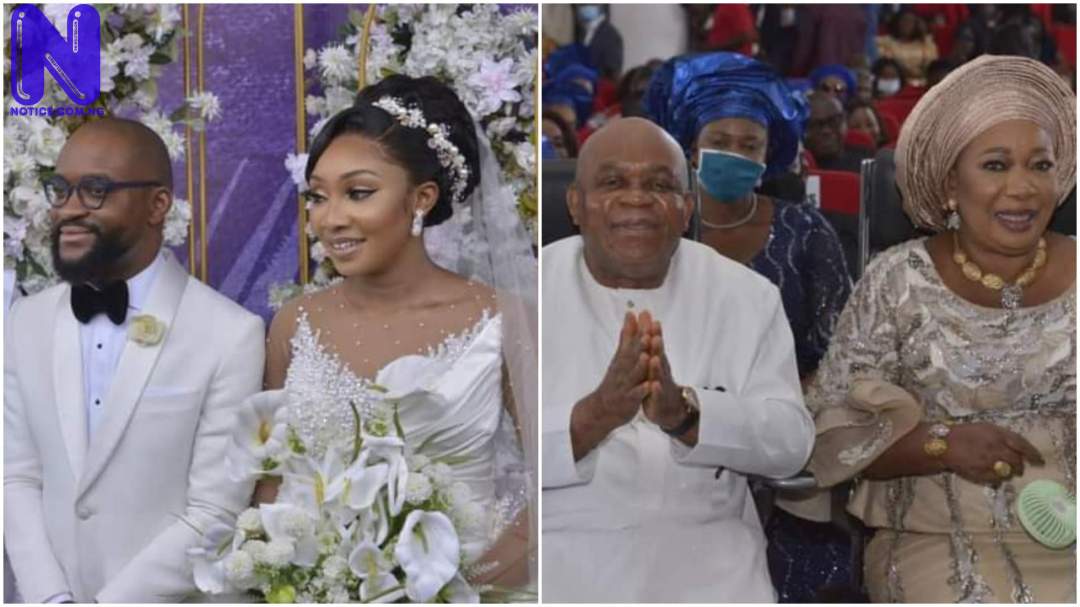 Abia State Governor, Okezie Ikpeazu, his Enugu counterpart, Governor Ifeanyi Ugwuanyi, the Minister of State for Mines and Steel Development, Dr. Uche Ogah, Senator Rabiu Musa Kwakwanso, on Wednesday, attended the marriage ceremony of the son of a Ex-Governor of Abia and current Representative of Abia central district in the National Assembly, Senator Theodore Orji.
Senator Orji’s son, Chiemeka, wedded Oroma Wochi, the daughter of revered Chief from Ikwere kingdom in Rivers State, South-South Nigeria.
At the event, Governor Okezie Ikpeazu arrived in the company of his wife, Nkechi, some state government functionaries and were received by the groom’s father, the Speaker of the Abia House of Assembly, Rt. Hon. Chinedum Orji, Deputy Governor, Ude Oko Chukwu, friends and political associates.
The solemnization ceremony also attracted political bigwigs in the national and state levels including members of the National Assembly, members of the State House of Assembly, Secretary to the Abia Government, Chris Ezem, Sir Innocent Chimezie Nwachukwu, Commissioner of Information, Chief John Okiyi Kalu, members of the Abia Traditional ruler’s Council, captains of industry and too numerous to mention.
Speaking shortly after the ceremony held in the premise of the state Broadcasting Commission, BCA, Umuahia, Nwachukwu, a chieftain of the Peoples Democratic Party, PDP described marriage as one of the temporal estates which God instituted in the garden of Eden where a man shall leave his father and his mother and shall cleave to his wife and they become one flesh.
Nwachukwu charged the new couple to see their marriage as the will of God.
The Chairman, Innocent C Nwachukwu Foundation Worldwide, prayed Almighty God to endow the couple with all the blessings associated with marriage.
“When you are lucky enough to find the one that makes your heart soar, your one true love, then you should never ever let them go.
“The couple has done just that and may they reap the sweet fruits that marriage bears, “he stated.