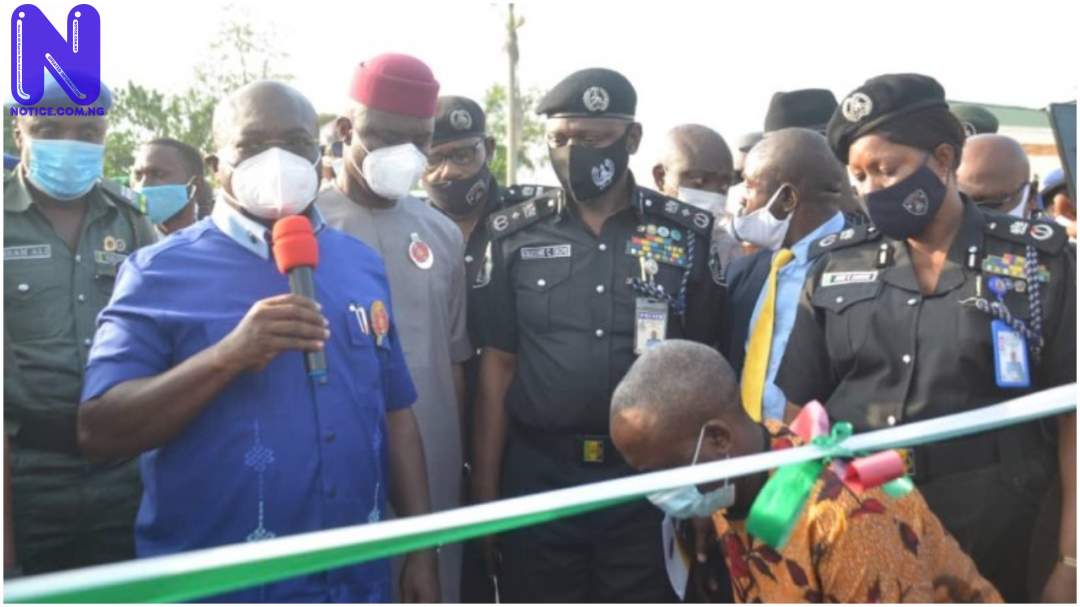 Governor Okezie Ikpeazu on Tuesday inaugurated Abia State Homeland Security Watch and the Crime Prevention & Management System (CPAMS).
Ikpeazu, who hosted the Inspector General of Police, Mohammed Abubakar Adamu, said the Homeland Security Watch is his administration’s way of supporting the IGP in his community policing efforts.
According to him, it is capable of providing solutions to policing not only in Abia State, but in Nigeria as a whole.
Ikpeazu in a series of tweets, wrote, ”Yesterday, we played host to the Inspector General of Police, Mohammed Abubakar Adamu as he inaugurated our newly formed Abia State Homeland Security Watch and the Crime Prevention & Management System (CPAMS), a modern technological system designed to fight crime in our fast paced world. At the occasion which was held in Umuahia, I firmly restated the commitment of my administration to continue to support the @PoliceNG to reduce crime & make Abia the safest State in the country.
”I stated that it’s a misnomer that in the 21st century, the police still record crime on blackboards and that I would like to see when all police divisions in the country can be linked through a digital platform to reduce crime as proactive policing requires that a crime officer must be ahead of criminals. The fact is that except there is a digital database of criminals which can be used to support CCTV footage, crime will continue.
”With the diligent implementation of CPAMS, it will be difficult for a criminal in Abia to be a first offender whereas he has criminal records elsewhere. I thereby strongly recommended it to the IGP to help in policing the country because with the system, community participation with the police will become easier.
”I also used the forum to announce that my administration will provide solar systems in all Police Divisions in Abia as well as provide computers to all police formations and divisions including the office of the Inspector General of Police, Deputy Inspector General of Police and the Commissioner of Police for seamless online real-time policing in Abia.”