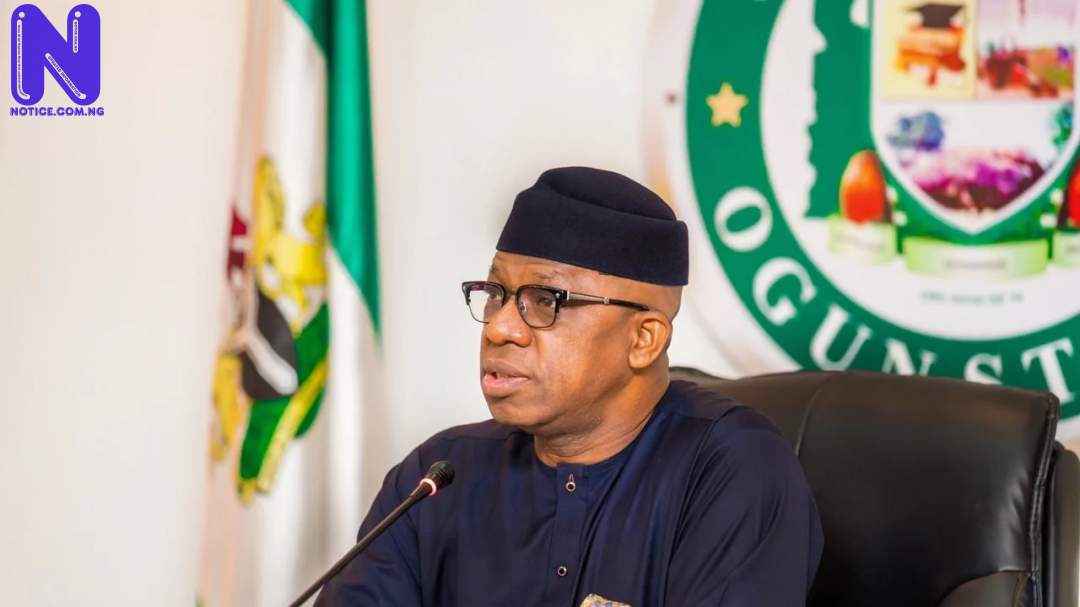 The Ogun State chapter of the Peoples Democratic Party (PDP) has asked Governor Dapo Abiodun to explain where he is and what he is doing there, Press reports.
The PDP said it condemned in strong terms, “his absence from duty.”
In the past few days, Ogun indigenes have been asking to know the whereabouts of Gov Abiodun across different social media platforms.
The concerns about Abiodun’s whereabouts became more pronounced during the recent workers’ strike, when the Chairman of the Ogun State chapter of the Nigeria Labour Congress (NLC), Emmanuel Bankole, described him as an ‘absentee governor’.
Bankole said, “We cannot afford to have an absentee governor. Ogun State is too civilized to have an absentee governor. Governance is a serious business. If our governor is not ready, let him pack his bags and go.”
Ogun PDP said it observed that the last time Gov Abiodun was sighted in public was on Saturday, September 5, 2020, when he joined other governors and leaders of the All Progressives Congress (APC) in Ondo State to campaign for Governor Rotimi Akeredolu’s reelection.
Before then, he was in Abeokuta on September 2 to inspect the ongoing Panseke-Adigbe road construction.
On September 3, Abiodun was at the Aso Rock Villa in Abuja to meet President Muhammadu Buhari, where he said he presented to Buhari, “a photo documentary detailing the achievements of our Administration in 52 weeks in Ogun State.”
It was observed that the Deputy Governor, Mrs Naimot Salako-Oyedele, and other top government functionaries have been standing in for Gov Abiodun for the past three weeks or thereabouts.
Our correspondent reports that when the projects and contracts review committee submitted its report on September 8, Abiodun was not physically present at the occasion. He joined the event virtually through zoom.
The Deputy Governor received the report on his behalf.
Same day, Abiodun, on his Facebook page said, “my Deputy, Her Excellency, @noimot.oyedele received a team from the Federal Government/IFAD-Assisted Value Chain Development Programme on my behalf.”
On September 11, the Ogun State Task Force on Human Trafficking was inaugurated. Representatives of NAPTIP were in the Governor’s office. Gov Abiodun said he was represented by his Deputy.
Reacting, in an interview with Press, the Ogun PDP Publicity Secretary, Akinloye Bankole, said the party is “very worried at the levity with which the Governor is handling the issues of productive governance for the people.”
According to him, “it is very sad that Gov Abiodun has shamefully added the audacity of ‘absenteeism’ to his horrible status of executive insensitivity.”
“In clear terms, PDP rejects and condemns in strong terms, his absence from duty,” Bankole said.
“We, therefore, demand detailed explanation of his whereabouts. The Governor has a responsibility to the people. So, he should tell us where he is and exactly what he’s doing there,” the PDP sought to know.
Press contacted two spokespersons of the Governor for clarifications on his whereabouts.
The Special Adviser on Public Communications, Remmy Hazzan and the Chief Press Secretary to Abiodun, Kunle Somorin, did not answer phone calls made to them.
However, Kunle Somorin, replying to a text, said the Governor is in Abeokuta.
He was asked, “Sir, Ogun indigenes and the PDP said they’re worried about the whereabouts of Gov Abiodun since Sept 5. They seek to know, where is the Governor?”
Replying, Somorin tersely said, “Abeokuta, sir.”
He confirmed that the Governor was in Ondo on September 5; saying, in spite of that, that it was not true that Gov. Abiodun has not been in his office since then.
Also, Remmy Hazzan replied to the text, saying, “5th of September? He still hosted UNILEVER on Monday 21st September, 2020, and presided over the state weekly EXCO meeting this week, Tuesday, 22nd September, 2020. Your 5th September timeline seemingly smacks mischief.”
Reports have it that the Tuesday weekly State Executive Council meeting was held virtually through an online platform.