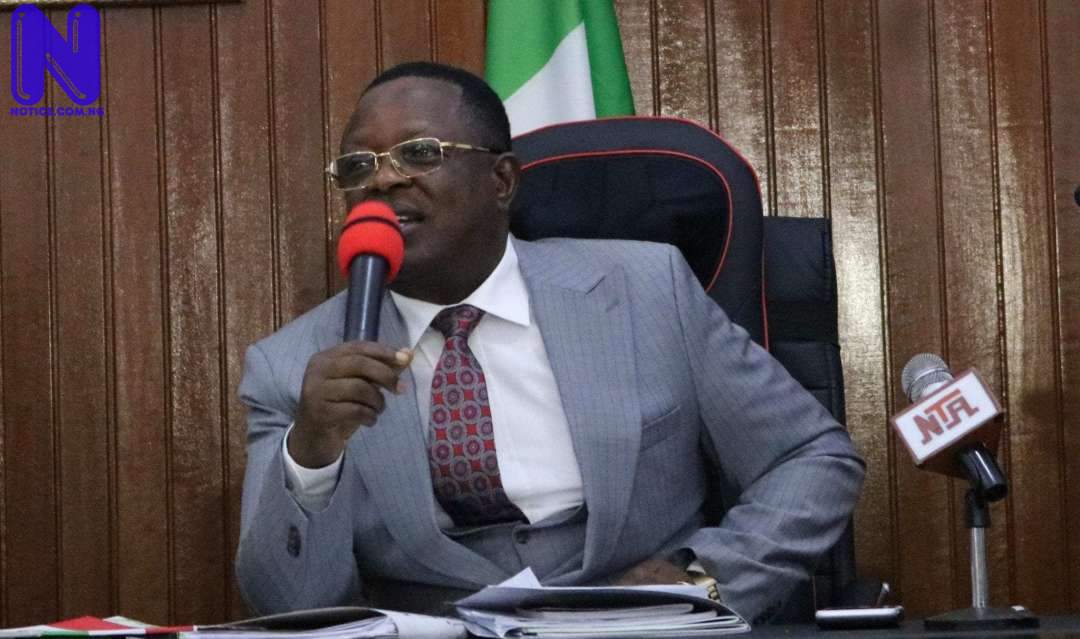 The Governor of Ebonyi State, David Umahi, on Tuesday, signed the 2021 appropriation bill into law.
Umahi, during the bill assent, in spite of that, vowed to resist any person or group of persons that would tend to distract or destabilize the peace that exists between the executive and legislative arms of government.
The assent took place at the new Governor’s Lodge located at the Ocho-Udo City, Abakaliki, Ebonyi State capital.
According to him: “Let me with all sense of humility and gratitude to God, thank our State House of Assembly. We may not know the importance of a peaceful House of Assembly.
“We may not know the dangers of making opening for people to destabilize the House and by extension the state. That’s why I commend the majority of you who have stood their ground that the pivot of our progress and development is hinged on the House of Assembly.
“I commend the lawmakers for not allowing themselves to be used to destabilize the state.
The governor further commended the House of Assembly members for their commitment in making laws for the development of the state.
“We are grateful, and we will support them to every length. I know that what they are doing is not a favor to the governor. Most of them are younger than I am. This standard they have set through your patriotism, you will definitely benefit from it.
“I thank them for this budget. People may not know why our budget is passed within this shortest period. We engage the House off camera during budget preparation. Moreover, the house is always briefed about our income and expenditure.
“So, it is not difficult for them to ascertain what we are doing on every element of the budget. We are happy that the three arms of government know where we are and where we are going and the challenges of Ebonyi State.
Responding, the Speaker, Mr Francis Nwifuru, said the house did its best to ensure the quick passage of the bill into law, noting that the house continues to collaborate with the governor for the common purpose of developing the state.