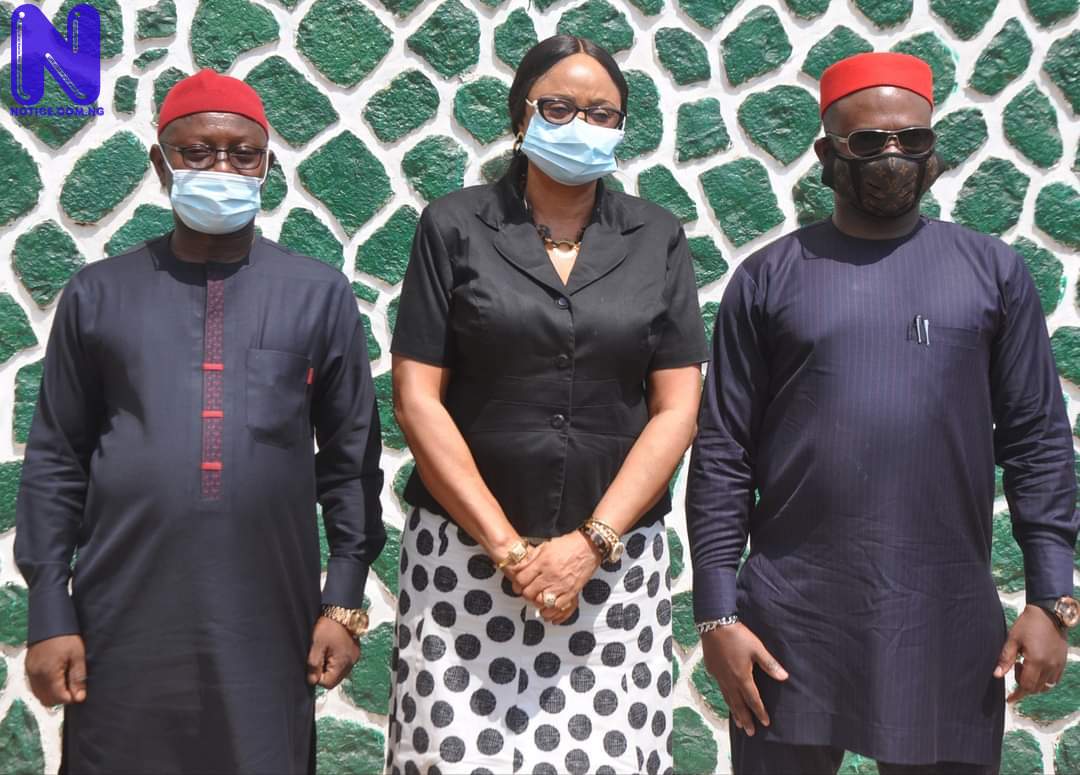 Governor Ifeanyi Ugwuanyi of Enugu State, on Thursday, swore in Barr. Anthony Ugochukwu Ugwunnadi and Barr. George Obiora Ani as members of Enugu State Independent Electoral Commission (ENSIEC).
Swearing in the new members of ENSIEC, Gov. Ugwuanyi, represented by his deputy, Hon. Mrs. Cecilia Ezeilo, disclosed that they were appointed to fill the vacuum created as a result of expiration of the tenure of two Ex-members of the Commission.
The Governor expressed confidence that the state will benefit from the wealth of experience of the new members to further take ENSIEC to enviable heights in conducting credible, peaceful and transparent Local Government elections.
He applauded members of ENSIEC for upholding the mandate given to them over the years.
Responding on behalf of his newly sworn in colleague, Barr. Ani thanked Gov. Ugwuanyi for appointing them into the state’s electoral body and promised that they will discharge their responsibilities diligently towards conduct of credible and transparent LG elections in the state.
The swearing in ceremony was administered by the state’s Solicitor-General, Barr. Victor Emeribe and witnessed by the Secretary to the State Government, Professor Simon Uchenna Ortuanya and other members of ENSIEC, among others.

DO YOU KNOW >>> NSCDC arrests 50 pipeline vandals in Imo