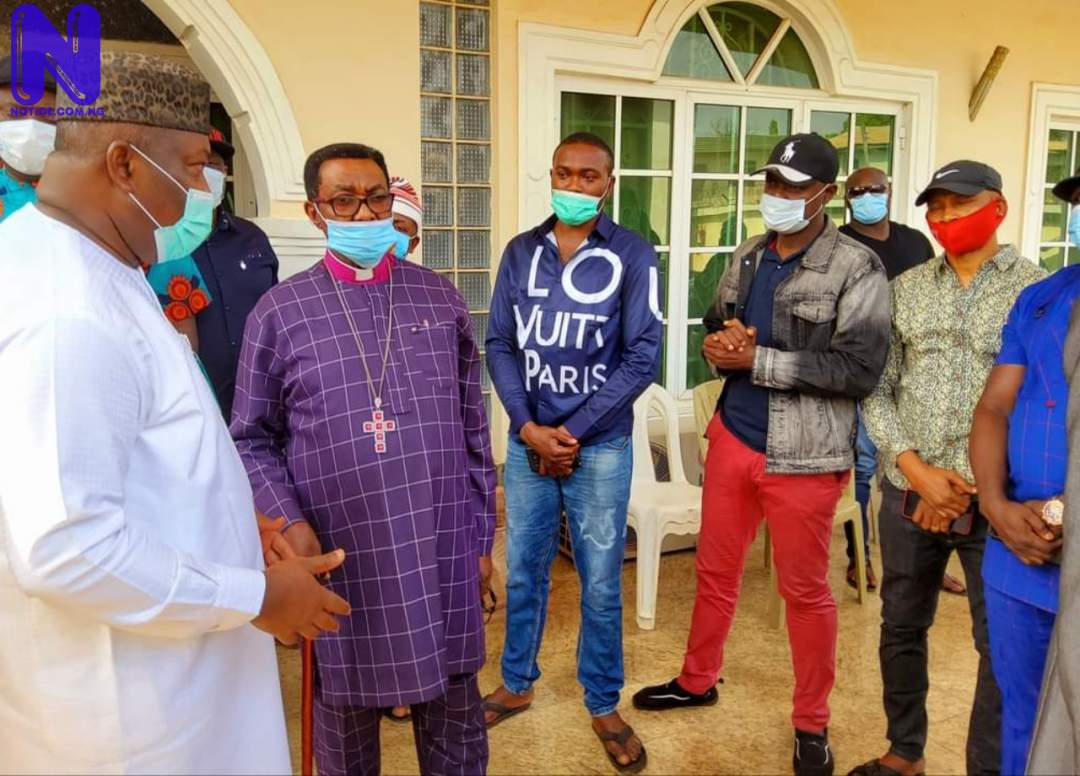 Governor Ifeanyi Ugwuanyi of Enugu State, on Friday, led a state government delegation to the family of the late Commissioner for Transport, Rt. Hon. Mathias Ekweremadu Jnr, on a condolence visit, at his Enugu residence.
Gov. Ugwuanyi who was accompanied by his Deputy, Hon. Mrs. Cecilia Ezeilo, the Speaker of the State House of Assembly, Rt. Hon. Edward Ubosi, other members of the House and State Executive Council (EXCO), consoled the wife of the late Commissioner, Mrs. Stella Ekweremadu, his children and other family members.
The governor and his entourage were also received by the Archbishop of Enugu Ecclesiastical Province (Anglican Communion), Most Rev. Dr. Emmanuel Chukwuma, who offered prayers for the repose of the soul of the late Ekweremadu, and for God to grant his family and the state government the fortitude to bear the loss.
The late Ekweremadu was ex-Chairman of Aninri Local Government Area and Ex-Chief Whip of the State House of Assembly. He represented Aninri Constituency, between 2013 and 2019.