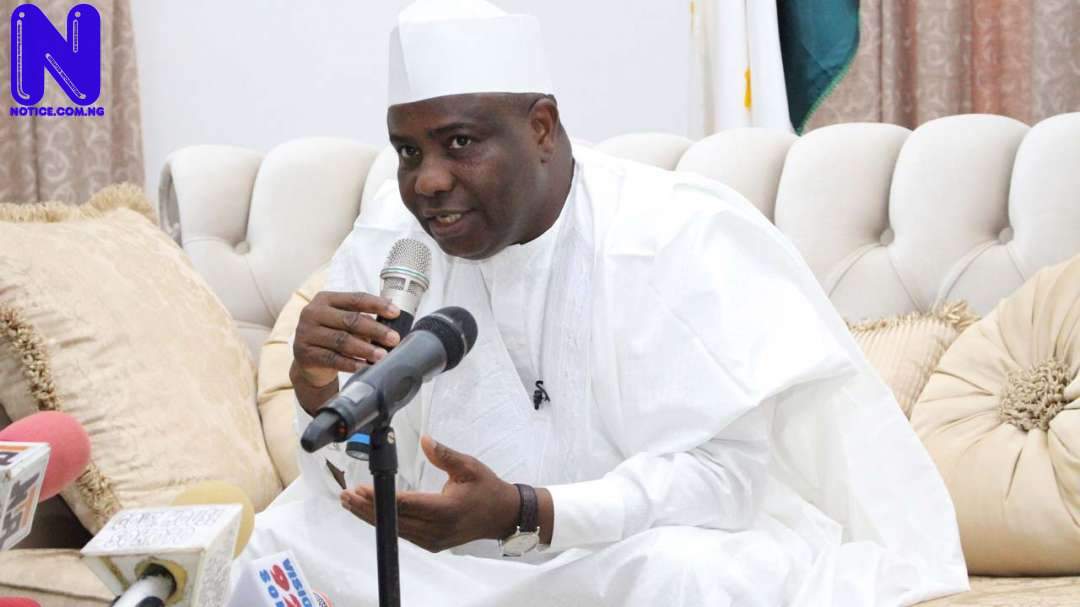 Aminu Tambuwal, the Chairman of the Peoples Democratic Party (PDP) Governors’ Forum and governor of Sokoto State, on Saturday warned against rigging the Edo State September 19 governorship election.
Tambuwal warned the Independent National Electoral Commission, (INEC) to avoid election rigging by conducting a free, fair and credible election in Edo State.
He issued the warning during the official launch of the PDP governorship campaign by the party’s National Campaign Council led by the Rivers Gov. Nyesom Wike in Benin, the Edo State capital, NAN reports.
He said, “I want to call on the INEC Chairman, Professor Mahmud Yakubu, to take a cue from the elections conducted by the Ex-INEC Chairman, Professor Atahiru Jega, where the doctrine of one man, one vote was adhered to strictly in all elections.
“Do not allow anybody to use you to achieve their political aim and ambition,” he said.
Tambuwal also called on President Muhammadu Buhari not to fail in delivering free and fair electoral process to Nigerian People and the people of Edo.
“Let that be your legacy to Nigerian People. Edo is a strategic and important state in the history of Nigeria.”
According to him, no one man can come to Edo and claim superiority over others, we will ensure that those who want to rig this election do not succeed.
“We gave Gov. Godwin Obaseki some lessons on how to demobilise godfathers because we knew that a day like this will come.
“I urge you all to continue to hold on to God Almighty because God never fails. That was what we did in Sokoto and we won the state,” he said.