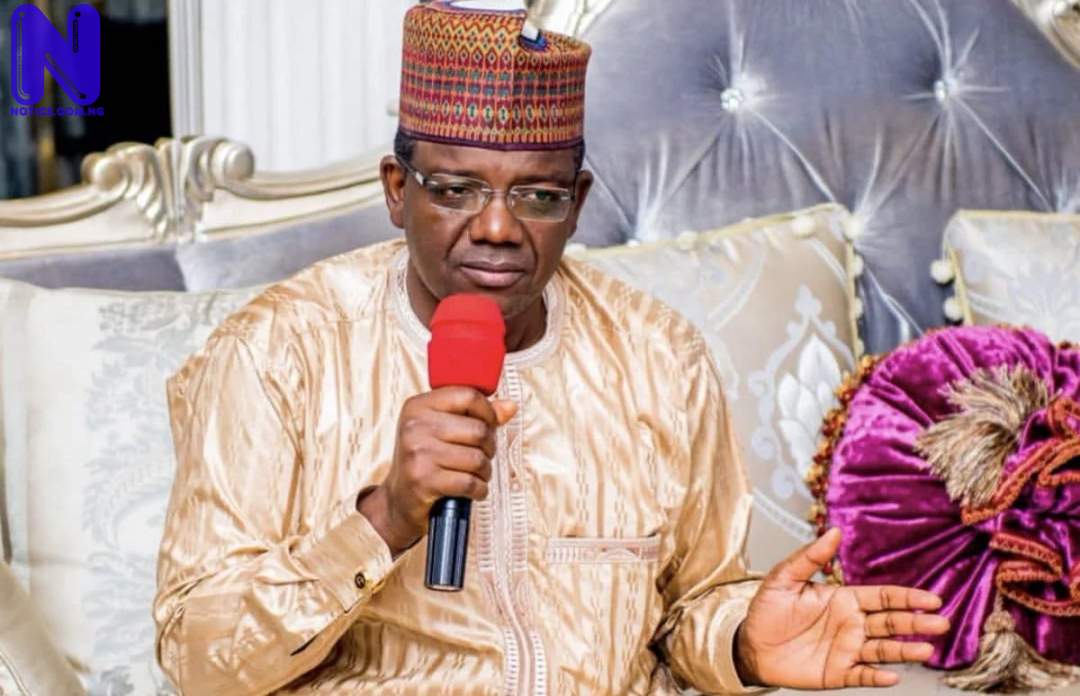 Zamfara State Governor, Hon. Bello Mohammed Matawalle has said he has not made any arrangement with anyone to defect to the All Progressives Congress (APC) .
This was contained in a press statement signed and made available to newsmen in Gusau, the state capital by the Director-General, media and public enlightenment Affairs, Government House, Hon. Yusuf Idris Gusau.
According to the statement, Matawalle described the people disseminating “the unfounded and baseless information as power drunk politicians looking for cheap publicity,” saying that such rumors should be thrown into another waste paper basket as it could not hold any water.
“I have not in anyway discussed the issue of defecting to APC with any politician either in the state or elsewhere. My main priority now is to restore peace in the state which disappeared during APC tenure.
“After all, the terror attacks and banditry came into existence in the State during the unfortunate tenure of APC. Even with the rate of banditry which my administration inherited from the APC, no reasonable person can agree to defect to the party,” he said.
Governor Matawalle said that the infamous and unpopular politicians like Sagir Hamidu who were propagating the news should wait until he decamped before they could say anything in regard to his administration.
“Politics is not about damaging one’s personality or government. I am not in politics to damage anybody’s personality and government. It is only premature politicians that do so. Earlier, I never wanted to join issues with failures but for the benefit of doubt I am compelled to do so,” he added.
However, the governor admitted that there are some APC chieftains that have been wooing him to defect to APC but that he had not yet made up his mind to that effect.
“Sagir Hamidu does not reside in Zamfara state but comes around during politics, as a result, many Zamfara people do not even know him in person, so what is he bragging about when he has no political supporters?” The governor queried.
Governor Matawalle advised the APC chieftains to put their house in other before fixing blames on everybody, saying that after all, they were the architects of their own failures and misfortune.
He said that the APC members who defected to PDP noticed that APC leaders in the state were the cause of the so many deep cracks in party, and that the chances of APC recovering the State in 2023 was very slim, hence they decamped to PDP.
“The Sagirs in APC should know that politics is a game of number and the PDP in the State has some political permutations that would help them to runway with landslide victory in 2023.
“Time has gone when people like Sagir should be dictating for Zamfara people and controlling their destinies. The people are now wiser than the thinkings of Sagir and his like minds. So, I advise them to make peace with the people they have offended before attacking anybody or government,” he said.