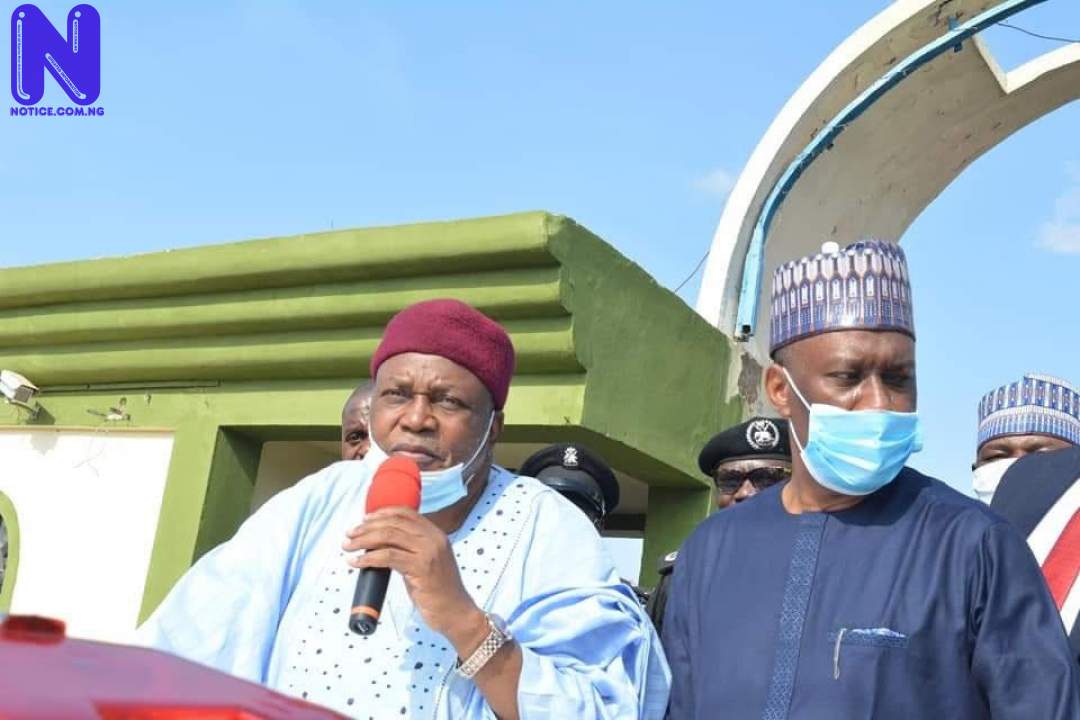 Governor Darius Ishaku of Taraba State, on Monday, addressed protesters of End SARS at the gate of Government House in Jalingo.
The protesters had demanded that the government should review the one-year curfew in the state capital and also address the recent hike of tricycle popularly known as Keke NAPEP fare.
They also called on the governor to work toward addressing the security challenges particularly in the southern part of the state.
Reacting, Ishaku alongside his deputy Haruna Manu while addressing the crowd, promised the protesters that all the issues raised will be addressed in no distant time.
He urged them to calm down and go home as their demand will be looked into.