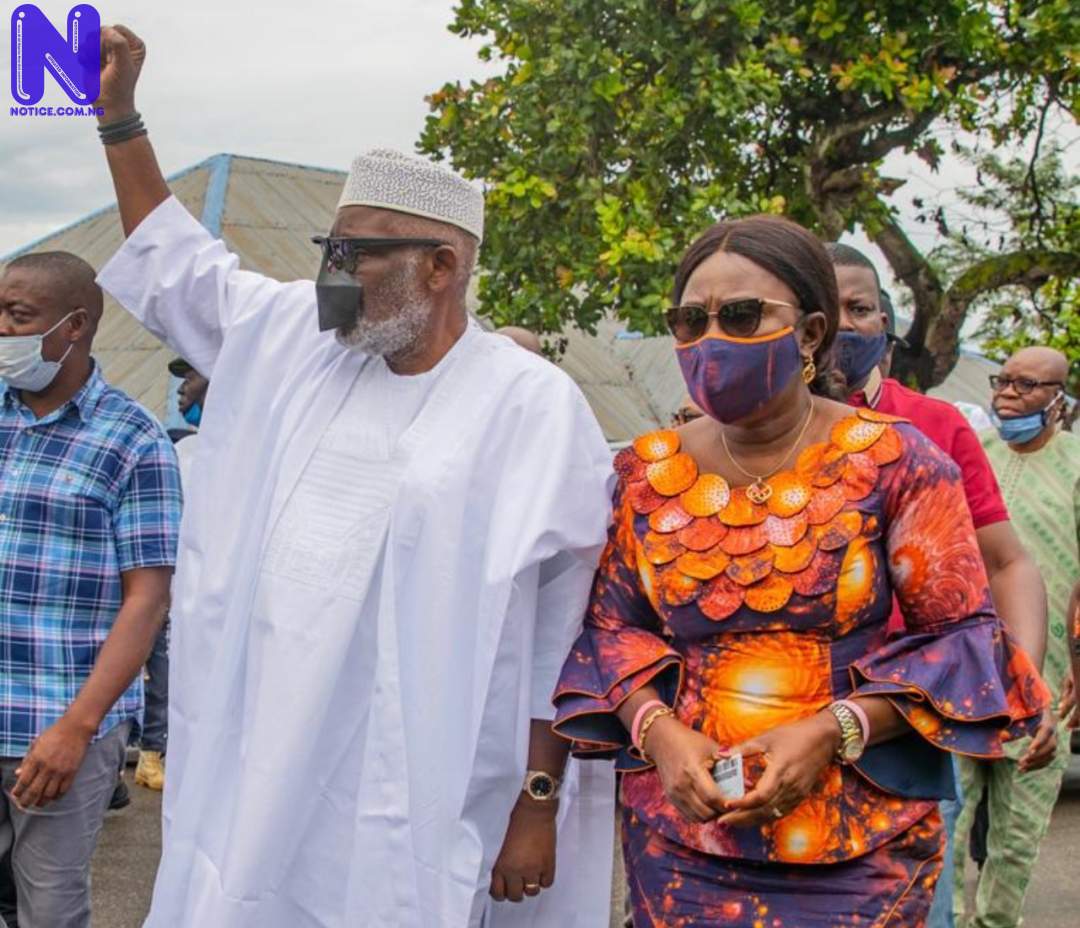 Betty Akeredolu, wife of Ondo Governor, has reacted to a viral video stating she was injured in a polling unit at the ongoing governorship election in the State.
The Ondo First Lady berated those behind the video, saying the sponsors of such footage were insane.
The Governor’s wife spoke at their Owo residence, saying that the viral video was meant to damage the voting exercise.
Speaking further, Betty said her husband would emerge victorious in the election.
“That is insane, that is absurd. That tells you how desperate people can be in politics or our political landscape,” she said while reacting to the video.
“I am here in the ambience of my country home and somebody is there doctoring video that I was injured.
“Were you the one that injured me? Such desperation will not do any good to them.
“The detractors want to damage the exercise, to distort information and put one on a bad light. It is all false. We will emerge victorious,” she added.