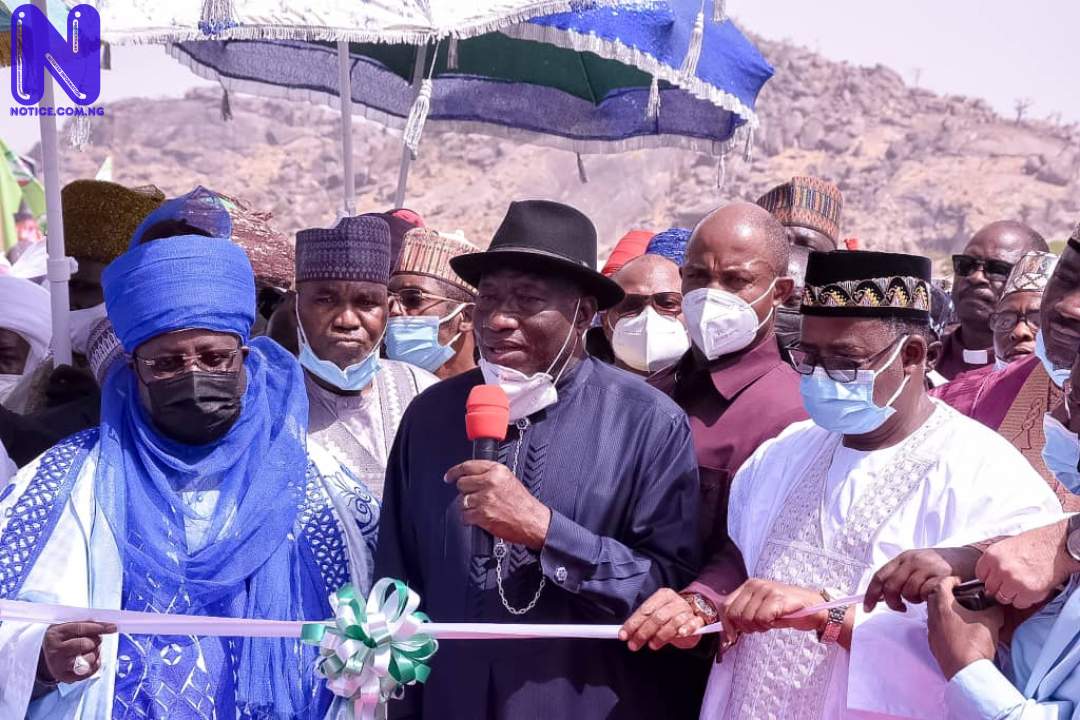 Bauchi State Governor, Senator Bala Mohammed, on Tuesday revealed that the mentorship he received from Ex-President Goodluck Jonathan was the secret of the successes he had recorded since he assumed office as governor.
Speaking at the inauguration of 6.2 kilometre newly constructed Sabon Kauran road in Bauchi metropolis, named the Goodluck Ebele Jonathan Drive, Mohammed informed that Jonathan impacted his life greatly by teaching him the art and science of leadership.
The governor said on assuming office in May 2019, the administration hit the ground running and made good governance its deliberate policy for development intending to create the desired impact.
He informed that his administration policy thrust was predicated on global best practices of implementing programmes targeted at improving the quality of lives of the people.
The governor said his administration met a sorry state of infrastructure deficit in both urban and rural areas, adding that his government confronted the situation by embarking on accelerated urban renewal, development and programmes, which he said was the only way to reverse the ugly trend.
Governor Mohammed informed that having been mentored by Ex-President Jonathan, his administration executed its projects through evaluation and revaluation principle.
“Again with the mentorship you have taught me, we executed all infrastructural projects through evaluation and revaluation in tandem with basic engineering management and evaluation to ensure value for money and price competitiveness,” he informed.
In his remarks, Jonathan commended Governor Mohammed for standing by him even after he left office as president, saying that from his experience in leadership, most political associates usually desert a leader after he leaves office.
The Ex-president said Governor Mohammed’s invitation to inaugurate the first legacy project in the state, which the state government used to immortalise him, was a big honour to him which he would always remember.
He then expressed gratitude to the people of Bauchi State for voting for Governor Mohammed during the 2019 general election and urged them to continue to support the administration for it to succeed.