God will reward your sacrifices – Ndume to wounded soldiers 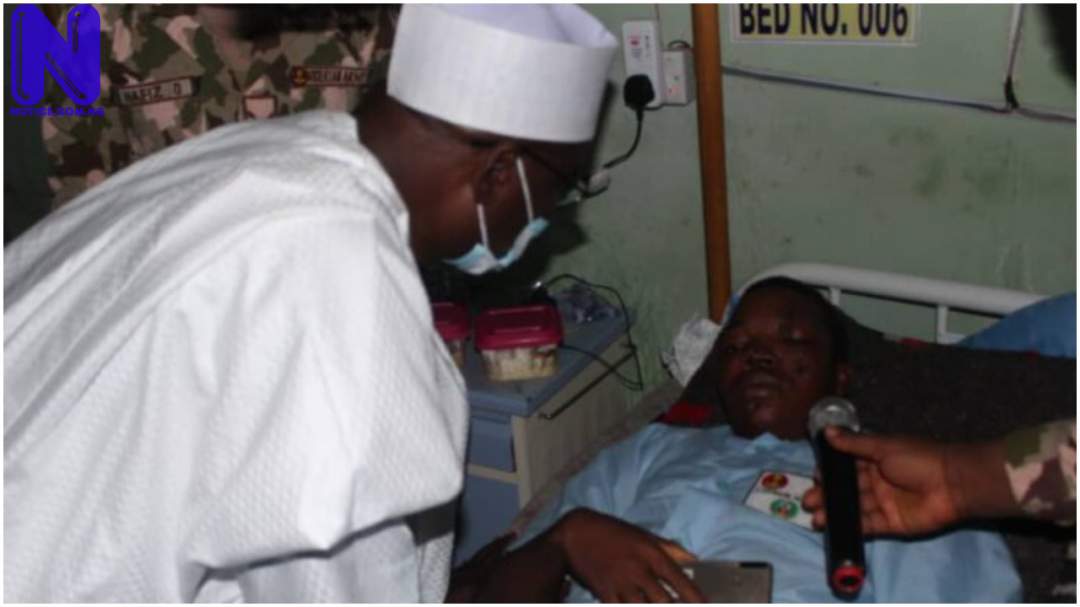 Senator Ali Ndume, Chairman Senate Committee on Army, says God will reward Nigerian soldiers for their gallantry.
Ndume (APC-Borno) spoke at the 7 Division Medical Services and Hospital in Maiduguri.
The lawmaker said his visit followed allegations that wounded military personnel had been neglected.
Ndume disclosed that he was informed those that required additional care have been evacuated to 44 Reference Hospital Kaduna.
“We have the moral duty to encourage our fighting troops and support them to execute the counter insurgency campaign. I want to tell the patients and the officers that we are all Nigerian People, don’t be discouraged or demoralised.
“This work you are doing is not just a national duty alone but it is a Godly duty. God will reward you for your sacrifices. The committee and the National Assembly will continue to stand by you”, PRNigeria quoted him as saying.
Ndume commended the GOC 7 Division, Maj.-Gen. Abdul Khalifa for his commitment and leadership.
Cpl. Abubakar Bukar, hit during an insurgents’ ambush at Damboa Road in December 2020, stated that he was ready to return to the battlefield.
Cpl. Kolawole Omosheye said he and others were attacked at Tunkushe on December 29, 2020.
“I am feeling better and in the next two weeks, I will be going back. We thank God and the GOC who came with reinforcement to repel the attack.”, he said.
Pte. Saidu Dahiru recalled how terrorists targeted his location in Damasak on December 23, 2020.
“They attacked us with anti-aircraft gun trucks. During engagement, they fired mortar bombs and the fragment hit my back. It has been removed. I am getting better and will continue the fight,” he said.
Ademola Felix recounted he was wounded when their vehicles went over an improvised explosive device.
Felix, whose colleagues died, vowed: “I will go back to my base (at Gamboru Ngala) to hit them back.”