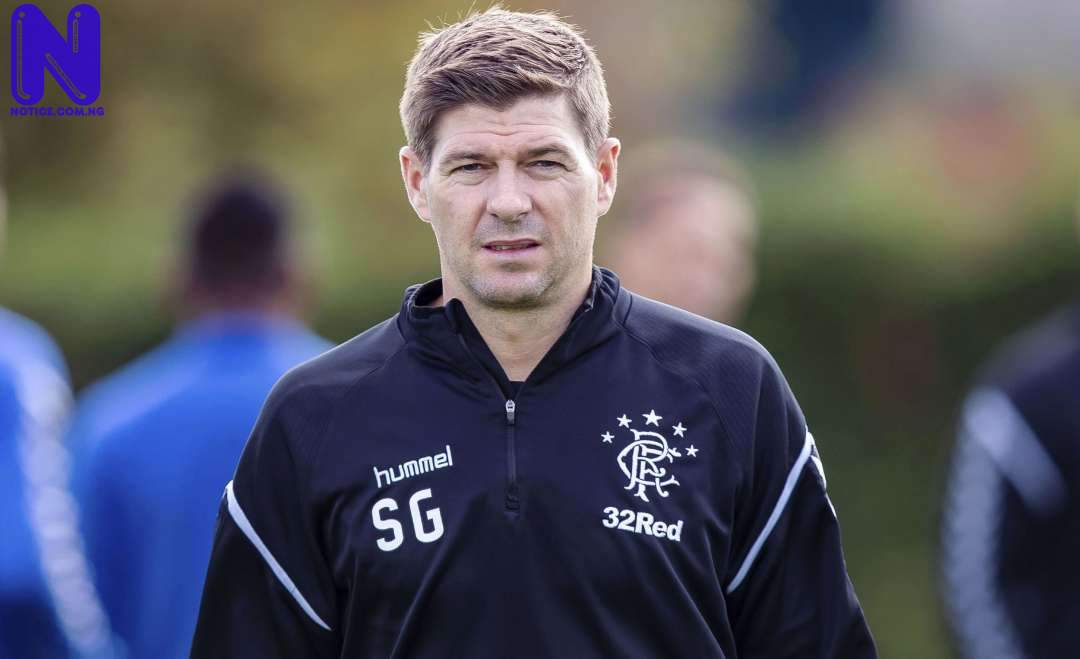 Rangers boss, Steven Gerrard, has admitted he is aware of speculation linking him with the Derby County post.

in spite of that, the Ex-Liverpool captain insists he is focused on the new season with the Scottish club.

Gerrard is believed to be Derby’s first choice, to replace Frank Lampard, who is expected to take the Chelsea job this week.

But Gerrard has stressed he has no intention of leaving “one of the biggest clubs you can manage”.

He told Sky Sports: “Yes I’m aware of it but there’s nothing to say on it.

“I’m very happy here, it’s a privilege to be the Rangers manager. My focus is on the up and coming season.

“It’s very similar to when there’s noise around players. I ask the players to stay focused on the job and that is what I will continue to do. There is nothing really to add to that.”

Asked if he wanted to re-affirm his commitment to Rangers, Gerrard added: “Do I have to do that for the sake of you?

“Nothing has changed in my mind. I was very lucky and appreciative of the opportunity I got 12 months ago.

“I’m delighted to be at Rangers, managing one if the biggest clubs you can manage, so nothing has changed in terms of my focus.”