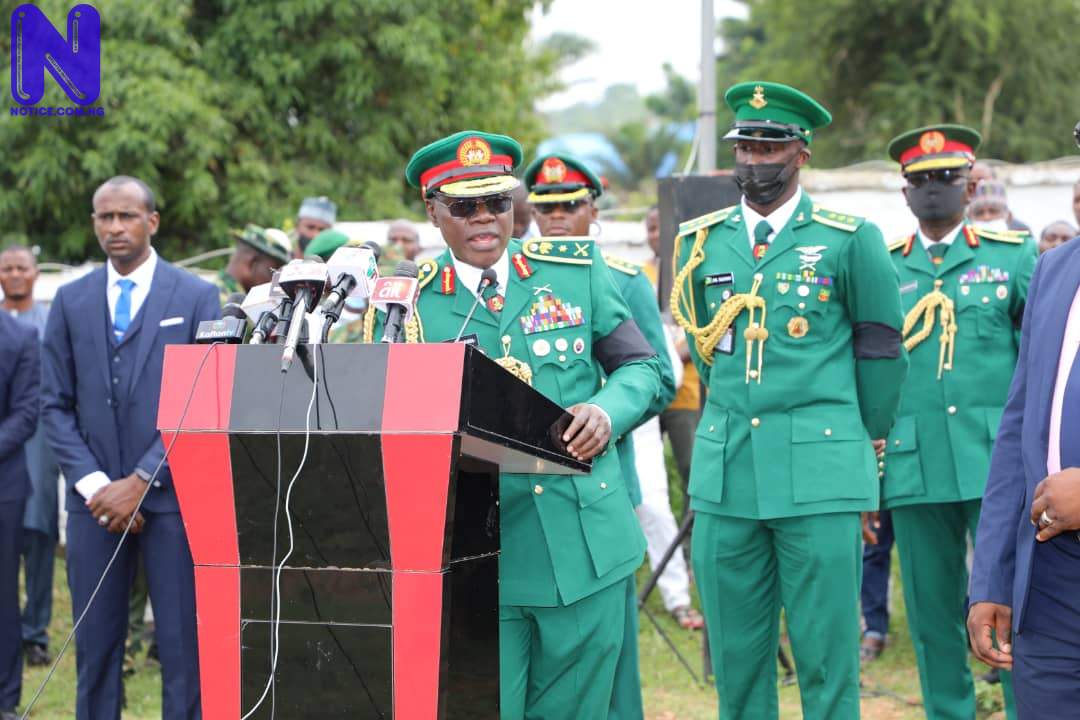 Major General Hassan Ahmed, a Ex-Provost Marshal of the Nigerian Army, was buried on Friday in Abuja.

The body of the senior officer was interred at the Lungi Barracks Cemetery in the nation’s capital.

Press first Thursday night. He was returning from Okene.

Ahmed was ambushed, at a bad section of the road, around the Abaji area of Abuja between 7 and 8pm.

The Chief of Army Staff, Faruk Yahaya recently appointed the deceased as a Director at the Army Headquarters in Abuja.