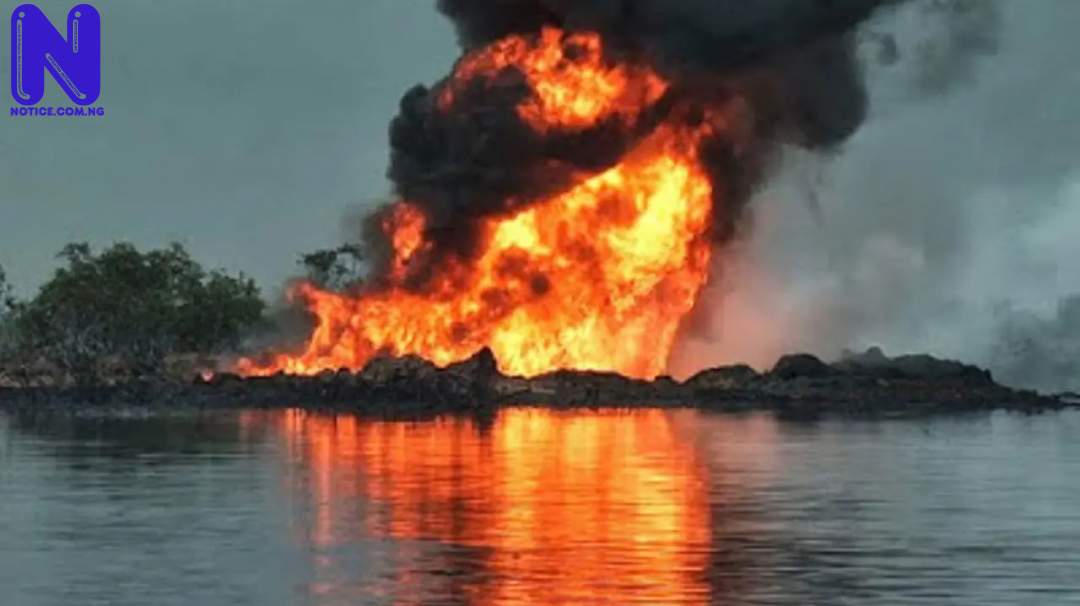 A ghastly fire outbreak in an illegal crude oil refining camp popularly known as Kpo-fire in Bayelsa State has claimed the lives of three teenagers, leaving one severely injured.
The incident occurred between Ibelebiri and Otuegue 2 communities in Ogbia Local Government Area of Bayelsa State.
The deceased teenagers, Victory Friday, Endurance Glazio and James Abaye, were said to be working when one of their colleagues who was providing security around the camp attempted to light a cigarette, causing the explosion that claimed the three lives while leaving one severely burnt.
According to a community source who didn’t want his name in print, just last year about 55 persons were burnt to death in the same manner in the illegal crude oil refining camp which is close to Kolo Creek flow station operated by Shell Petroleum Development Company (SPDC) with heavy military presence.
The community source further explained that despite police presence, illegal activities still thrive.
“The camp has been existing for about six years now. And it would surprise you to know that the camp is just by the Ignogene-Otuasega road. Before the camp along the road, there is a security post manned by police and after the camp, you have the Kolo Creek flow station that is operated by SPDC. That place is also manned by soldiers yet these boys still operate freely,” he said
“In fact, a day after the fire incident, the ones that escaped the fire went back to camp to continue cooking crude again when youths of Oruma community where one of the deceased comes from went there and stopped them.
“You know that in their process of refining, they could only refine Petroleum Motor Spirit, Diesel and Kerosene. Because their method of refining is crude, they leave a lot of gas in the air. So one of their colleagues providing security around the camp struck a match stick trying to light a cigarette and the next thing was an explosion.
“We come to realise that the boys involved in this illicit act are from crude oil-producing communities. And because they are not on the cluster board where they could get benefits, they feel cheated and think the only way they can benefit is to steal the crude and illegally refine it.”
When a team from Environmental Rights Action (ERA) led by Comrade Morris Alagoa visited Otuasega community earlier this year to ascertain the level of the operation of illegal bunkering, it was learned that one of the major causes of crude oil spill in Kolo Creek is the activities of some persons involved in local crude oil refining.
Speaking to the ERA team, the Otuasega Community Development Committee (CDC) chairman explained that “the crude oil polluting Kolo Creek is coming from communities in Bayelsa State where crude oil is being refined at Otuegue and Ibelebiri communities. Those are the two communities and they are the last Ogbia communities upstream of Kolo Creek, in Bayelsa State.
“So when Royal Highnesses of Otuasega, Imiringi, Oruma and Ibelebiri communities met recently the main subject of discussion was how to stop the activities causing the pollution of Kolo Creek. But our fear, to be truthful to you, is that anybody within this area that attempts to champion a move aimed at stopping the local refining would be attacked by these boys.
“So, the resolution was that we are going to approach the operators or owners of the crude oil refining camps to tell them not to allow the crude oil that comes from their operation to spill into the Kolo Creek. They should look for a way, either to dig a pit where the residue of their operations could be contained and later burnt off.
“That was the only option we arrived on that day. But, the issue of stopping the operations or activities of the local refiners will result in a serious crisis between the operators and the communities. But our greatest challenge still remains that anybody that champions that, more especially in this our area would be attacked.”
When contacted, the state Police Public Relations Officer, Asinim Butswat, said there was ”no report of such incident.”
Meanwhile, several attempts to reach the Public Relations Officer of the Nigerian Security and Civil Defence Corps(NSCDC), Solomon Ogbere for comments proved abortive as he did not take calls or reply text messages sent to him.