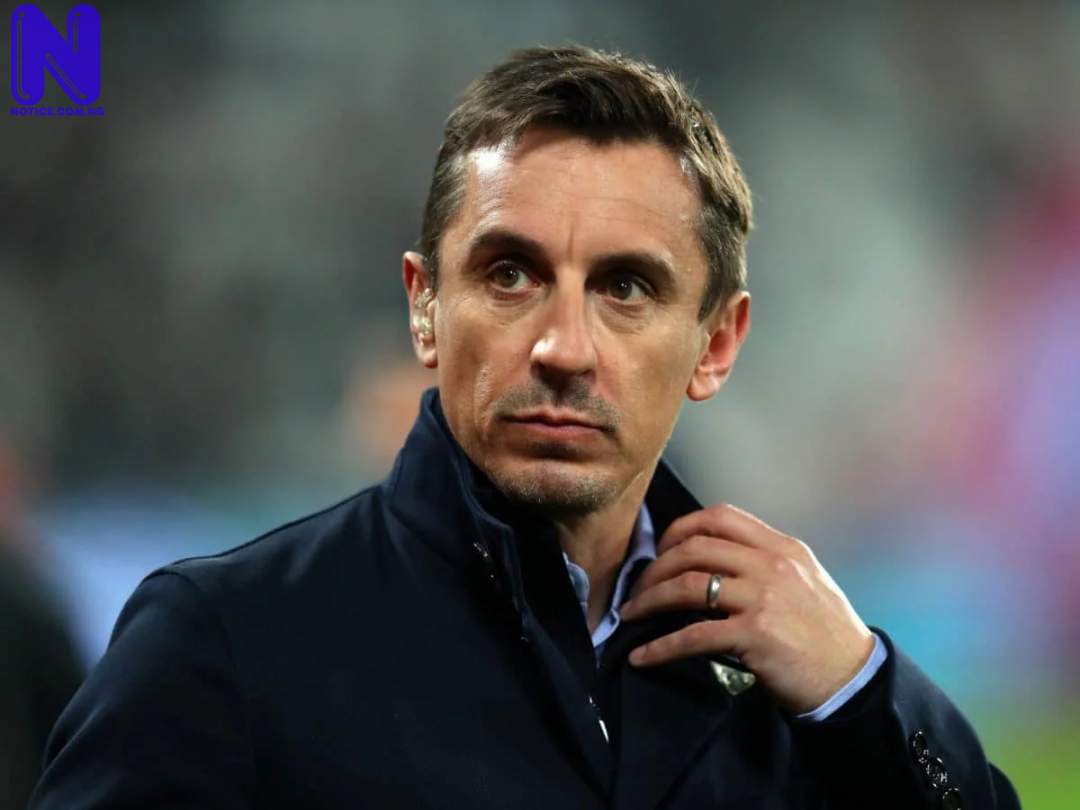 Ex-Manchester United defender, Gary Neville, has played down Manchester United’s title chances after they moved top of the Premier League table ahead of second place, Liverpool.
Man United defeated Burnley 1-0 at Turf Moor on Tuesday night to top the Premier League table with 3 points ahead of Liverpool after 17 games, thanks to Paul Pogba’s fine volley.
Neville still doubts the Ole Gunnar Solskjaer’s side will win the title and says Manchester City remain the real danger.
Neville told Sky Sports: ‘It’s a big win [against Burnley.
“I don’t think anyone is saying Manchester United are going to win the league but the fact that they are in a title race… wow, I never would have imagined it, and you have got to give credit to the players because I have been critical along with a lot of other people in the last two, three, four years because the standard has been well below what the club and fans expect, but they are doing really good things at this moment in time.”
Asked whether Man United can realistically win the league this season, Neville replied: “It’s a strange season. If you would say to me at the start of the season, all of us would have said no-no chance, they are nowhere near the consistency levels.
“But as I sit here tonight, why should not Manchester United fans believe and why should not this team believe. You look at that frontline of Rashford, [Edinson] Cavani, [Anthony] Martial, [Mason] Greenwood. You look at the midfield four, you look at Fernandes, who was not maybe at his best tonight, but then Pogba steps up.
“They have got some fantastic players and other teams are not in great moments. I think City at this moment in time are the ones that maybe are just cool and calm and nobody is really talking about them.
“But City is starting to hit really good form themselves, and that may be the real danger. And when City are at the best, as United found out last week, United are still a little bit below, but the next few days it’s time to have a little bit of fun.”