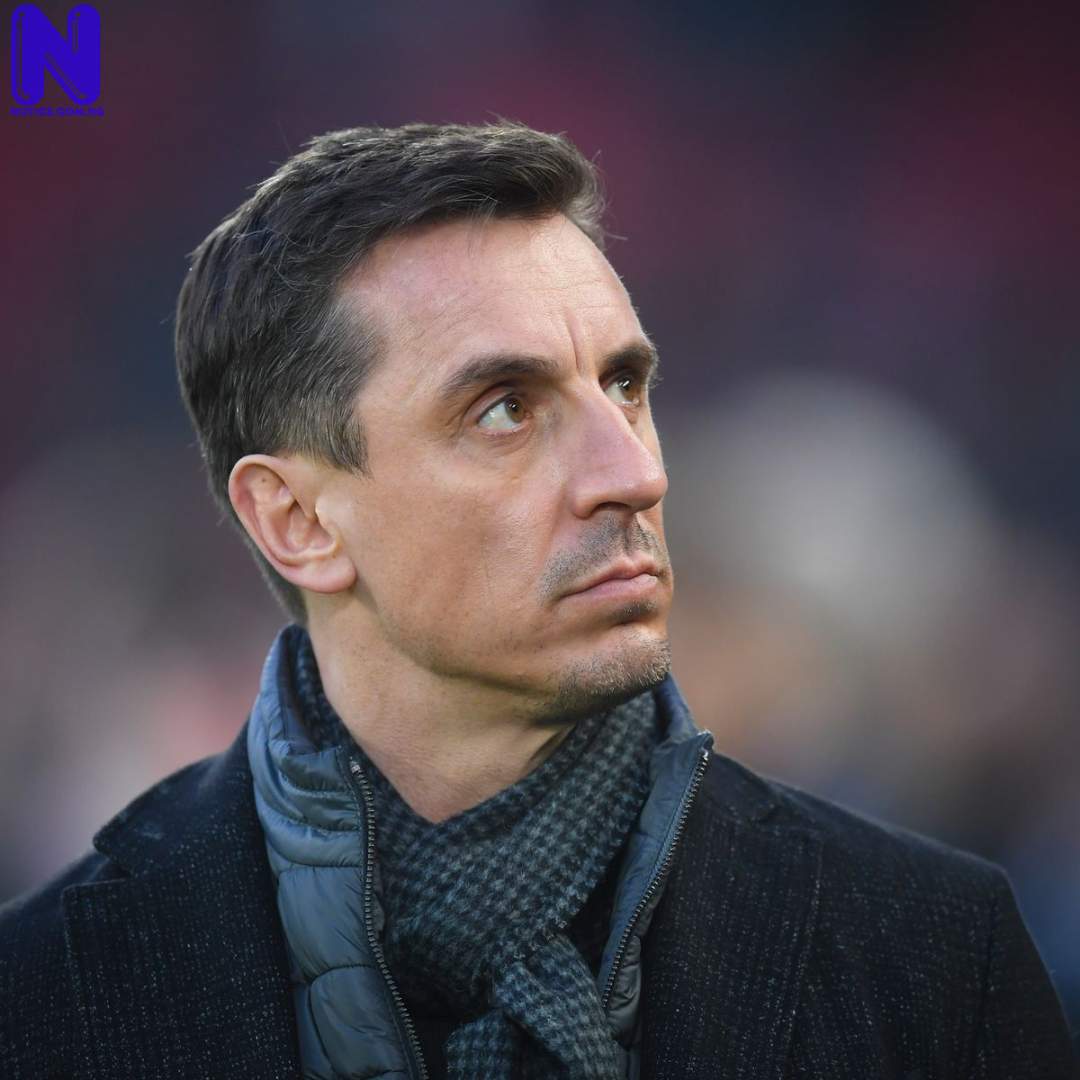 Ex-Manchester United captain, Gary Neville, has disagreed with Chelsea manager, Frank Lampard, over his comments about goalkeeper, Kepa Arrizabalaga, following the Blues’ Premier League 3-1 victory against Brighton on Monday night.
Kepa, who is currently under-fire at Stamford Bridge due to his performances for Lampard’s side, was given a start in Chelsea’s first Premier League match of the season against Brighton.
The Spain international was largely comfortable throughout the encounter but was unable to save a longshot from Brighton star, Leandro Trossard as goals from Jorginho, Reece James and Kurt Zouma gave Chelsea all three points against the host.
However, Lampard was asked over Chelsea’s transfer for Rennes goalkeeper, Edouard Mendy after his side’s win against Brighton and the English gaffer insisted that he is happy with Kepa.
“I am very happy with Kepa,” Lampard said at his post-match.
“With the shot, I am not sure if he could have done any better. But I saw a bit more confidence in how he was playing.
“Kepa is here, he is our keeper, and I am happy with him. If we’re bringing in competition, it will be competition.
“That is the nature of Chelsea, and it goes throughout the squad.”
But Neville doesn’t believe what Lampard said about Kepa, adding that the Chelsea boss was just performing his duty as a manager to the press.
When asked if Lampard was truly happy with Kepa, Neville told Sky Sport: “I don’t think he is. I wouldn’t be.
“I know full well being in a coaching position, in a changing room.
“You have to back your keeper. You have to back your players.
“You’ve to support your players publicly but privately, that goal tonight, it is a really poor goal to give away.
“He conceded so many goals from outside the box last season, and he has conceded another one tonight.
“It will cost you. If you do not have a top goalkeeper, you’ll not win that league, and at the moment he makes far too many mistakes and lets far too many goals into the back of the net that should have been saved.”