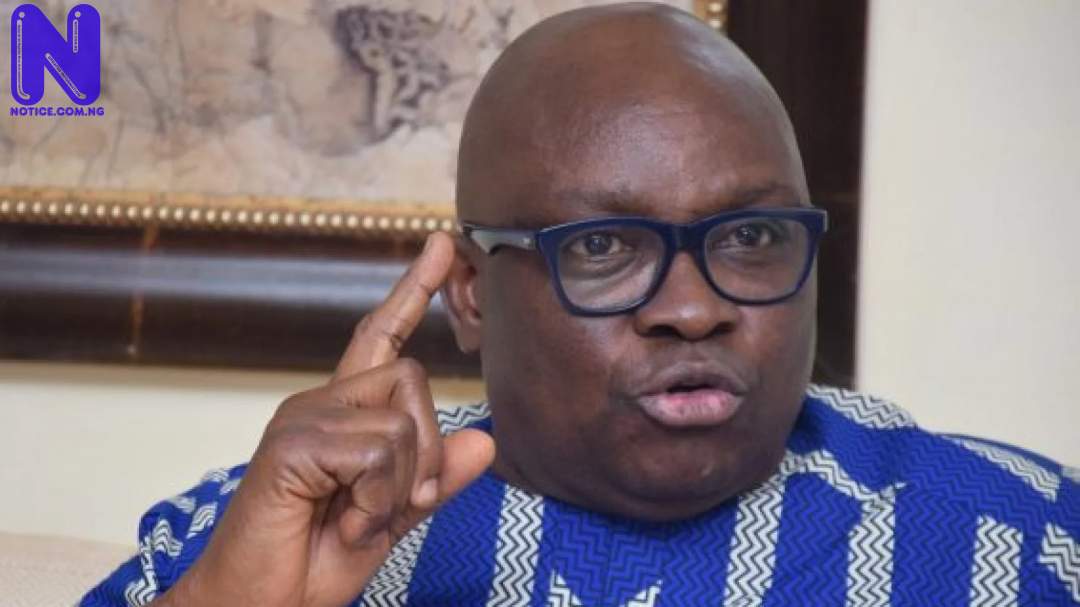 Immediate past governor of Ekiti State, Ayodele Fayose, has commended media aide to Kano State Governor, Abdullahi Ganduje, Salihu Tanko Yakasai, for speaking the truth to those in power.
Alhaji Tanko Yakasai, father to Salihu Tanko Yakasai reported that his son was arrested by DSS for calling for the resignation of President Muhammadu Buhari while condemning the abduction of the students of the Government Girls Secondary School in Jangebe in Talata Mafara Local Government Area of Zamfara State
But operatives of the Department of State Service, DSS in Kano state denied his arrest.
Yakasai, who is yet to be seen in public, was also sacked over his continued comments regarded as contrast to the stand of the ruling All Progressives Congress, APC, which he is serving.
Fayose, reacting stated that Yakasai’s act has made him the latest hero of democracy and portrayed hope for one Nigeria.
According to him, his sack is the beginning of his rise politically.
Fayose stressed that there is nothing more honourable than standing tall amidst darkness and selfishness of leadership.
The Ex-Governor on his Twitter page wrote: “I commend the courage of Salihu Yakasai, the sacked Gov Ganduje’s Aide for being able to speak truth to power.
“This singular action of his has made him the latest hero of our democracy, and in turn confirmed that there is hope for a united Nigeria.
“Nothing can be more honourable than what he has done by standing tall amidst darkness and selfishness of leadership. His sack is the beginning of his rise politically.
“I sincerely congratulate him and indeed the ordinary Nigerian People seeking good governance and leadership.”