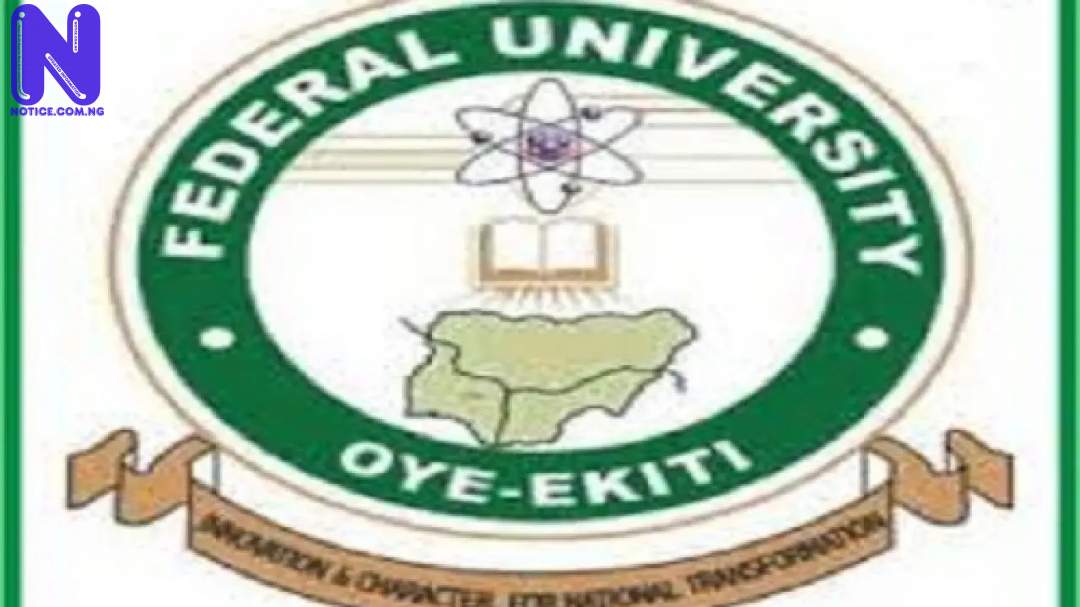 Days after he was suspended from office over allegation of misconduct, the Governing Council of Federal University Oye-Ekiti has finally sacked the university’s Registrar, Mr. Olatunbosun Odusanya.

The Governing Council being chaired by Dr. Mohammed Yahuza took the decision on Tuesday.

A statement co-signed by the Chief Information Officer and the Special Adviser on Media Matters to the Vice-Chancellor, Foluso Ogunmodede and Wole Balogun, respectively, disclosed that Odusanya’s appointment was terminated during the Council’s meeting.

However, the institution’s Vice-Chancellor, Professor Abayomi Sunday Fasina, has allayed the fear being entertained in the University community that following the exit of the Registar, the university would come after those he had allegedly recruited in what has now been confirmed as irregular excercise.

Specifically, Fasina said those entertaining such fear or being furnished with such rumour should perish the thought as his administration was not going to witch-hunt any member of staff.

Odusanya was on 20th April, 2021, suspended from office to pave the way for proper investigation into allegations of irregular appointment during the recruitment excercise of the University between 1st August, 2020 and 10th February, 2021.

His sack, in spite of that, was approved by the University Governing Council on Tuesday after critically looking at a report by the Council Disciplinary Committee set up to review the report of the Investigative Committee which reviewed all appointments during the said period.

Meanwhile, following that incident, there have been insinuations from several quarters within and outside the University that the Fasina-led management has allegedly embarked on a witch-hunt with a view to sacking members of staff who fell allegedly under irregular appointment by Odusanya contrary to the University’s regulations.

But clearing the air on the matter, the statement co-signed by Ogunmodede and Balogun said the VC wasn’t going to go after any members of staff as his mission was never to sack any member of staff but to improve on the well-being and welfare of staff.

The statement reads: “For me as the VC, my emergence was God’s divine mandate and project. So, l will not work against anyone. I have no plan to sack any staff member of our great Ivory Tower. “However, in line with the Council’s directive, we will review all the said appointments with a view to regularising all appointments that measure up to our standards, most notably departmental needs, qualifications, proper placement and due process.

“My passion has always been to make life very conducive and comfortable for anyone around me and this is what I have always dedicated my life to. God has really helped me and fought for me. I have nothing to do than to love people around me and spread happiness to all.

“I assure you, no one will be a victim of the suspension of the Registar by the Governing Council of our great Citadel of Learning. “Rather, staff member shall continue to enjoy the best in terms of incentives to work, proper training to hone their skills and amazing welfare packages that will continue to gladden their hearts.”