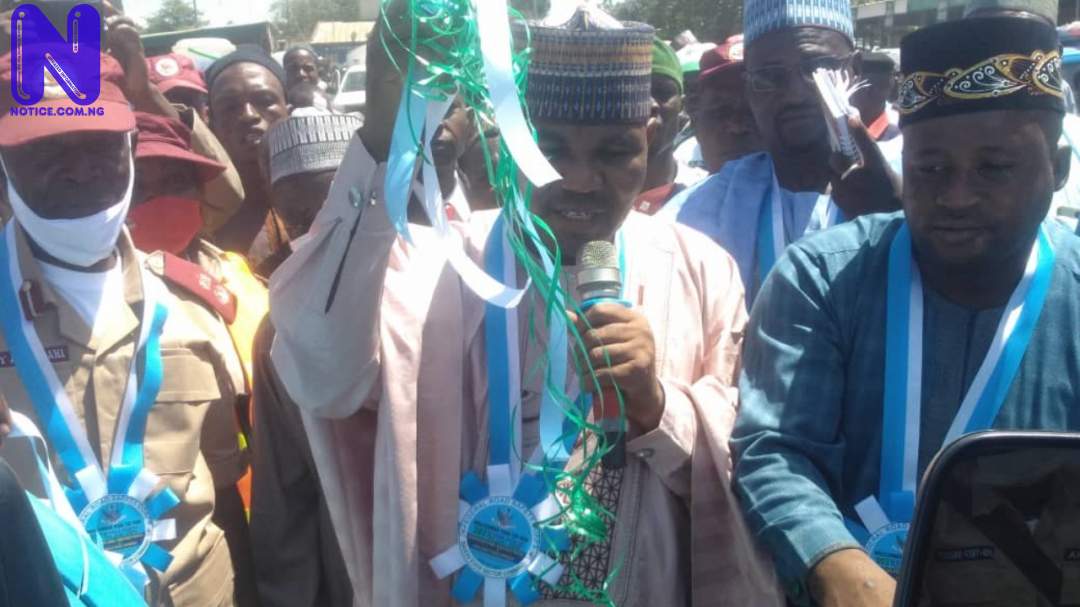 The Bauchi State Sector Command of the Federal Road Safety Corps (FRSC) on Wednesday, lamented the high rate of road accidents across the state which it attributed to over-speeding and night travels.

This is even as the sector declared the Bauchi-Darazo road and Bauchi-Gombe road as hotbeds of accidents in the state.

These were made known by the Sector Commander, Yusuf Abdullahi, at the flag off of this year’s ’ember’ month campaign by the Corps held at the Bauchi Central motor park, Bauchi, with the theme: “Maintain safe speed, avoid night travels and enjoy quality road experience” .

Abdullahi said the Corps had observed that most of the accidents in the state were caused by night travels and over-speeding by drivers, adding that there was the need to desist from these.

“Having observed the constant crashes caused by night travels and over-speeding, we decided to embark on this campaign to enlighten and educate the motoring public on the need to desist from these two major causes of crashes on our roads.

“We call on them to desist from night travels and over-speeding because most of the crashes that occur are as a result of these factors because motorists are not always careful of the road,” the sector commander said.

According to him, the Corps embarked on the ’ember’ month campaign as the year was coming to an end with a view to reducing road crashes and night travels as well as achieving attitudinal change among motorists.

Abdullahi said that, “At the end of this campaign, we hope to achieve a high reduction of road crashes, reduction in night travels and total attitudinal change by the motoring public.”

While stating that road crashes on the Bauchi-Jos highway have drastically reduced, the sector commander identified the Bauchi-Darazo road as the “most dangerous” in the state, followed by the Bauchi-Gombe road.

According to him, the two roads had recorded many accidents, leading to loss of lives and properties in recent times.

He, therefore, solicited the support of the public, particularly road transport unions, traditional and religious leaders and media organisations, to widen the scope of enlightenment and education of the people on road safety matters, including dangers associated with over-speeding and night travels.

Doing this, he submitted, would lead to reduction inroad traffic crashed on the roads across the state.

He further said that, “Road transport unions, owners and fleet operators should key into the installation of speed limiting device to curtail the excesses of drivers.”

He then assured that the Corps would continue to provide services to the public, adding, in spite of that, said all hands had to be on deck to ensure the roads in the state were safe.

“Your supports will remain fundamental but sustainable in view of the fact that human development has its challenges and all hands must remain on deck to ensure our roads are safe,” Abdullahi submitted.

Meanwhile, the state governor, Senator Bala Abdulkadir Mohammed, has called for a synergy between FRSC and the Bauchi Road Transport Agency (BAROTA) to effectively manage traffic situations across the state, noting that such synergy will be beneficial to all roads users.

The governor stated this at the flag off the ’ember’ months campaign in Bauchi, where he commended the FRSC for always being proactive in responding to cases of accidents by providing rescue operations for victims.

Represented by the Commissioner for Works and Transport, Abdulkadir Ibrahim, Governor Mohammed also commended the Corps for its effort in controlling traffic in strategic locations across the state, particularly during festive seasons.

The governor, in spite of that, pledged his administration’s support to the Corps to enable it to achieve its mandate of reduction in road traffic crashes and tasked it to ensure that anyone caught violating traffic rules is adequately punished no matter their status.