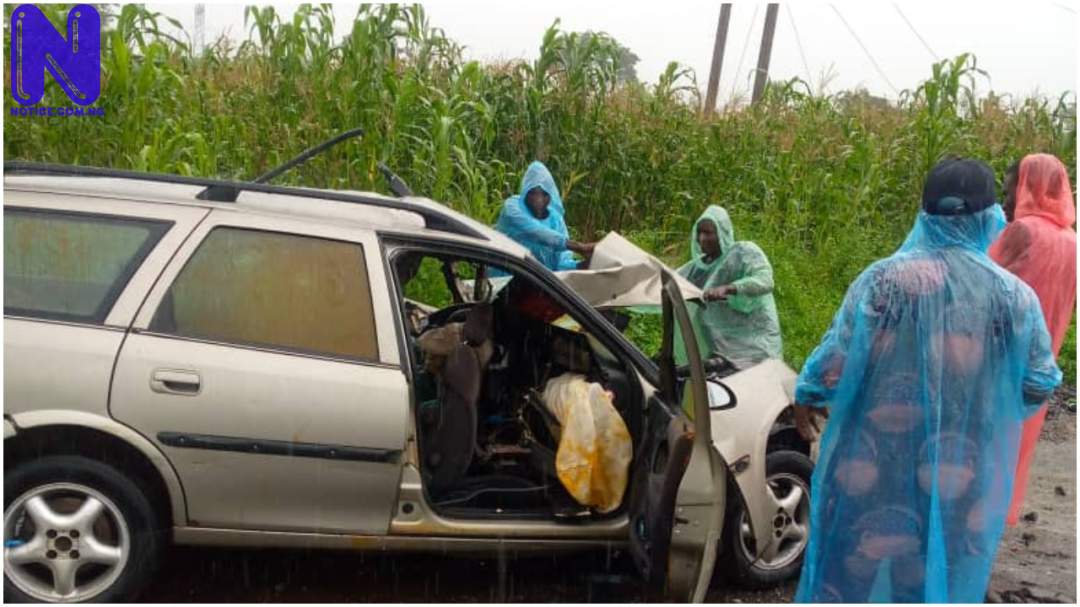 The Bauchi State Sector Command of the Federal Road Safety Corps (FRSC) on Wednesday informed that three persons died in a fatal accident that occurred at Dungulbi village on the Bauchi-Gombe highway on Tuesday night, while two others sustained varying degrees of injuries.

Abdullahi informed that the accident, which occurred opposite the Muslim cemetery on the highway, was as a result of burst of one of the tyres of the Toyota Hiace bus.

According to him, following the tyre burst, the driver lost control and subsequently had a head-on collision with the oncoming Opel Vectra.

The collision, he explained, led to the bus catching fire, while the station wagon did not.

“The incident happened opposite the Muslim burial ground junction, yesterday at about 8.32pm. It was caused by a tyre burst as was confirmed to our men by the passengers who survived.

“The tyre burst led to the crash because when it happened, the driver lost control and then had a head-on collision with the other car in the opposite direction,” Abdullahi informed.

He further informed that accident victims were taken to the Abubakar Tafawa Balewa University Teaching Hospital (ATBUTH) in the state capital, where those who lost their lives were confirmed dead.

“The victims were rushed to the Abubakar Tafawa Balewa University Teaching Hospital, Bauchi, where three of them were confirmed dead. Two others sustained varying degrees of injuries.

“The driver of the bus who was trapped died as a result of the fire, while two passengers in the other vehicle died,” he disclosed.

Abdullahi, in spite of that, warned people, particularly motorists, against overspending, night travels and other practices capable of putting their lives and properties and those of others at risk.

He added that drivers should ensure that their vehicles are in proper shape before putting them on the roads.

“We advise them to drive under full controlled speed, they should avoid overspeeding as far as the visibility during the rainy season is not too okay. They should ensure that their wipers are working properly.

“We advise motorists to avoid night journeys because it is always very dangerous. So, drivers should be more careful,” Abdullahi admonished.