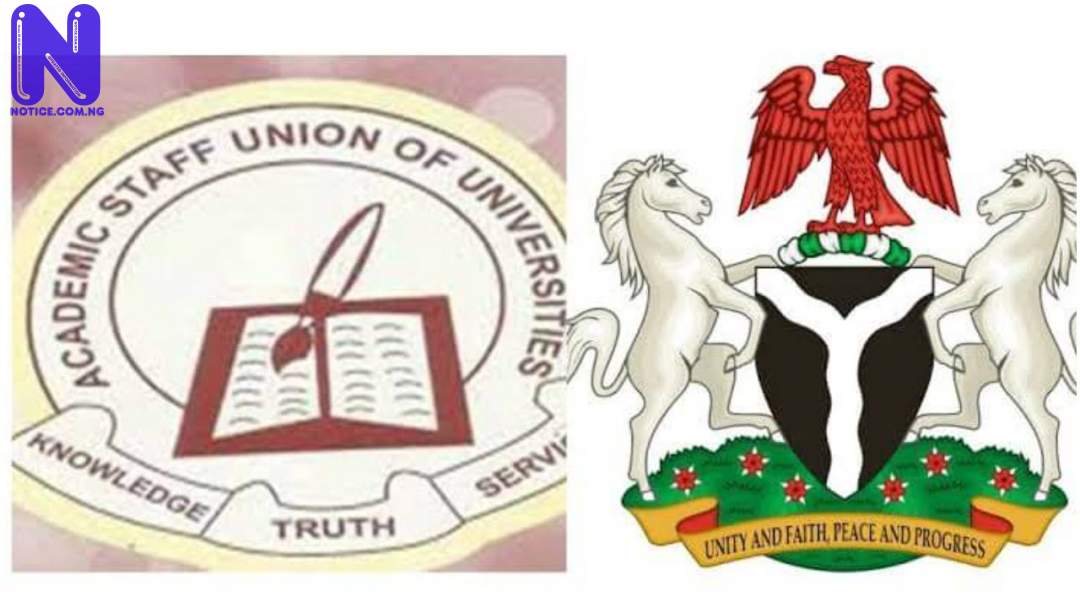 Fresh revelations have indicated that there is no end in sight to resolving the intractable dispute between members of the Academic Staff Union of Universities, ASUU, and the Federal Government.

Press reports that the Federal Government's hard stance on “no work, no pay policy” could fuel another round of crisis in the education sector.

Recall that ASUU had called off its eight-month-old strike in October following an intervention by the Speaker of the House of Representatives, Femi Gbajabiamila.

Gbajabiamila had brokered peace between the Federal government and ASUU after all negotiations had failed.

Within a few days of his mediation, Gbajabiamila negotiated an acceptable agreement between the duo, with a promise that the government would pay the university workers their withheld salaries for the months they were on strike.

However, early in November, the members of the Union were bewildered following the payment of half salaries for only 18 working days in the month of October to its members by the Federal Government.

Speaking on why ASUU members were paid half salaries for the month of October, the Minister of Labour and Employment, Chris Ngige, in a statement issued by his ministry, said the lecturers were paid in pro-rata for the number of days that they worked in October, counting from the day that they suspended their industrial action.

Press also reported that the Federal government had insisted on implementing the ‘No Work, No Pay’ policy for the period the university workers were away from their duty posts.

However, nearly two months after the academic staff members returned to work, they have continued to lament the unyielding response of the government to their withheld salaries.

Not relenting on their struggle, ASUU mandated its branches to hold a one-day nationwide protest over the payment of half salaries to lecturers by the Federal Government in October, with ASUU members at the University of Lagos (UNILAG), University of Nigeria, Nsukka (UNN), University of Ibadan (UI), amongst others, protesting.

Members of the Academic Staff Union of Universities (ASUU), Ibadan Zone, which comprises the University of Ibadan (UI), Ladoke Akintola University of Technology (LAUTECH), Ogbomoso and the University of Ilorin, protested on Monday against what they described as the victimisation of their members by the federal government and its agents.

Speaking with journalists during the protest, the Chairman of ASUU, University of Ibadan, Professor Ayoola Akinwole, lamented that despite reaching an agreement with the Speaker, which led to the suspension of the strike, none of the items on the said agreement had been implemented.

He said, “the agreement with the Speaker included the following: The government is going to sign the new salary package, payment of the withheld salaries from March to October 2022

“Payment of the withheld third-party deductions, including Check-off dues from March to October 2022, non-victimisation of ASUU members who took part in the strike.

“Today’s protest has become necessary due to our conviction that the federal government is on a mission to destroy the public universities through inadequate funding and through its war against ASUU.”

He maintained that ASUU has had a historical responsibility to protect the public universities from collapse and fight for its members and the interest of Nigerian students.

Speaking to the Press on the same issue, the ASUU-UNN branch chairman, Comrade Christian Opata lamented that the government has not been serious about the issue of education.

He said, “The issue is that the government is not being serious about the issue of education in Nigeria, because, one, they pleaded with us to honour the court, knowing that ASUU is a very patriotic and legal organisation; we are law-abiding citizens.

“Yes, we know that there is a subsisting court order, but if we wanted to disobey that court order, we had every right to disobey it because it is a question of our rights.

“The same government that is saying obey the court order, there are many court orders which they have not obeyed. And what is even the bone of contention is something that is legal- an agreement that was signed – and you reneged on it. You reneged on an agreement, and somebody you signed an agreement with is telling you to implement the agreement, and you turn around to punish the person saying the person is obdurate. Well, I don’t know where to situate that.

“So the disappointment even starts from the point of view that the government reneged on an agreement it signed willingly.”

On how the Union members have been coping given the government's stance, Opata disclosed that many of his colleagues have not let the issue affect their productivity at workplace.

“The issue is that many of them have been teaching, and I am even surprised that many of them are teaching happily. I thought that some of them would be grudging and even victimising students. But even to my knowledge, it has not happened within my university community. The students have been going to classes and having their exams. Some have even finished their exams.

“Tomorrow they shall continue because most of our members did not go for exams today because of this issue of our rally; we held a protest today. So that does not mean that we are on strike; they did it because it is part of the meeting being held.

“The issue is that, for now, they are teaching, our members are teaching. They are attending to students and their projects, even the postgraduate students (Masters and Ph.d),” he said.

On whether the Union will embark on another strike if the government failed to pay them the withheld salaries, he said, “No individual chairperson can decide that because it is only when we meet and we have a decision on that; no branch chairperson can speak on behalf of NEC.”

As it stands, amidst starvation and hunger, members of the Union have vowed not to let down the gauntlet in their lingering fight with the Federal government until their demands are met.