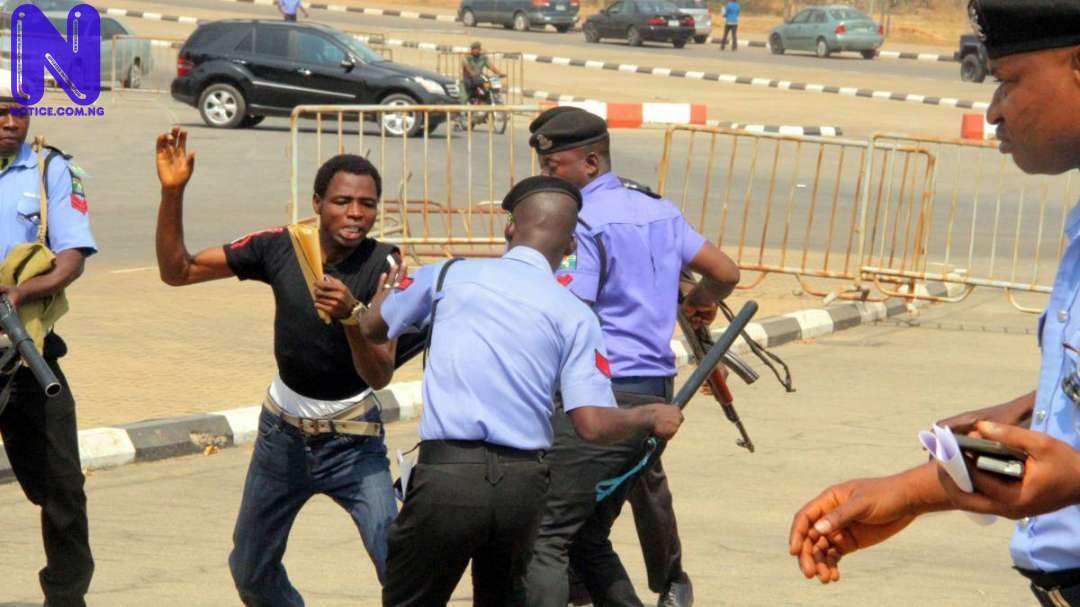 
The Kaduna State Police Command said it has arrested four suspected members of Shi’ites during their procession of the annual Ashura Day in Kaduna State on Tuesday.

The police alleged that the Shi’ites members on sighting the police, started pelting stones at them, hitting them with iron bolts using catapults, adding that the situation became very tensed and members became violent and unruly.

The state PPRO, DSP Yakubu Sabo, in a statement said in spite of the federal and Kaduna state governments have separately proscribed the the group recently, the teams of policemen were quickly dispatched to the areas with a view to dispersing the unlawful assembly and to manage the traffic.

The statement explained, “Today (Tuesday) at about 0655hrs, we received an information that members of the outlawed Islamic Movement of Nigeria, IMN, popularly known as Shiites came out en mass along Nnamdi Azikiwe Expressway Kaduna and at Kasuwan Mata area of zaria city respectively on procession in respect of the annual Ashura Day, blocking the public highways, causing traffic jam and molesting commuters.

“They were chanting slogans and demanding for the unconditional release of their spiritual leader sheikh Ibrahim El-Zakzaky despite earlier warning by the Command yesterday.

“It is on record that both the federal government of Nigeria and the government of Kaduna State have separately proscribed the the group recently. Thus, teams of Policemen quickly dispatched to the areas with a view to dispersing the unlawful assembly and to manage the traffic. in spite of that, on sighting the Police, the protesters started throwing stones at them, hitting them with iron bolts using catapults. The situation became very tensed and members became violent and unruly.”

The statement said it was in view of the Shi’ites unruly behaviour that minimum force was used in dispersing them, adding that four suspects were so far arrested and are being investigated.

“We have also recovered some exhibits which include catapults and iron bolts. The police succeeded in dispersing the unlawful assembly and brought the situation under firm control. Meanwhile, patrols are being intensified to avert any possible breach of peace. Members of the public are going about their lawful businesses without hindrance.

“The Command also wants to put it on record that, up till now it has not formally received any report of death casualties as claimed by the proscribed group earlier today.”

It enjoined members of the public to go about their lawful businesses and to report any suspicious behaviour to the police or any law enforcement agency nearest to them.