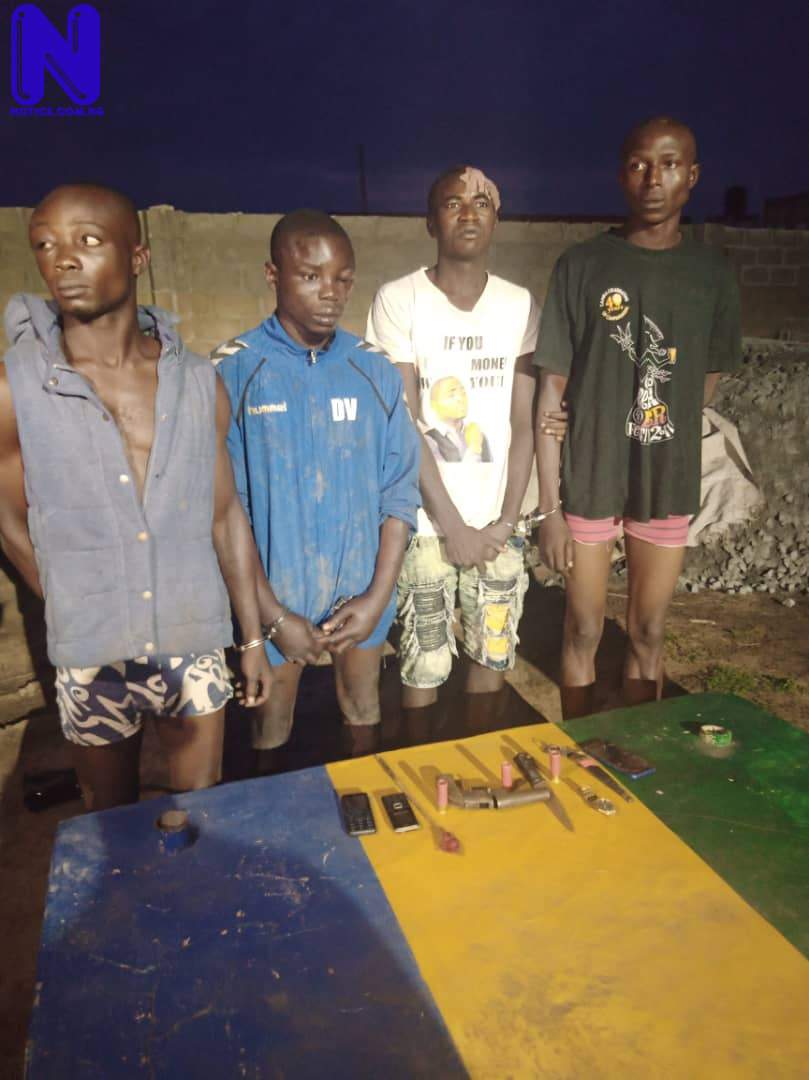 Four persons, who the police said are members of dreaded cult groups, were on Saturday arrested during a supremacy battle in Ogun State.

Police said the supremacy battle led to a gun duel between Aye and Eiye confraternities in the Atan-Ota area of Ogun.

Oyeyemi informed Press that they were arrested following a distress call received by the DPO of Atan Ota division, CSP Abolade Oladigbolu at about 4am on Saturday.

The two groups were said to have gone on a rampage at the Hotel road area of Atan, shooting sporadically.

The DPO had mobilized his men to the scene "where they met the two groups engaging themselves in a serious gun battle."

According to Oyeyemi, "the police engaged the hoodlums and subsequently subdued them", leading to the arrest of four of them.

Items recovered from them are a locally-made pistol, three live cartridges, two knives, an iron rod and assorted criminal charms.

Meanwhile, the Commissioner of Police, Edward Ajogun has directed that the case be transferred to the anti-cultism section of the State CIID for investigation.