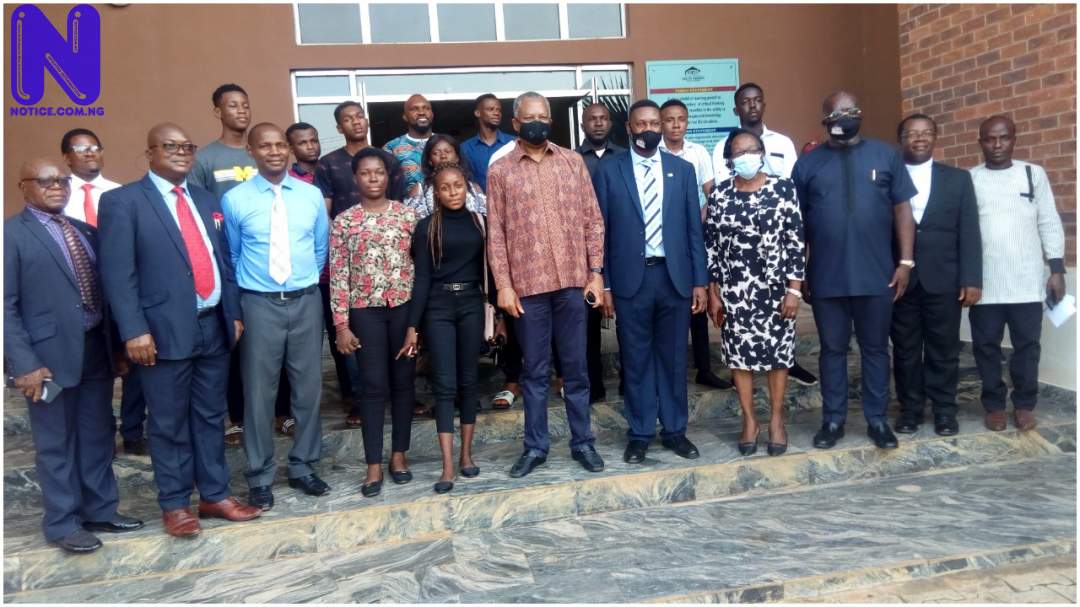 Nigeria’s Minister of foreign affairs, Mr. Geoffrey Onyeama, this weekend, continued his engagement with youths in his home State, Enugu.
The interface is a fallout of the recent End SARS protest following a directive from President Muhammadu Buhari that his ministers should return home and interact with the people.
Onyeama had earlier held an interactive session with all the stakeholders in the State, including the youths, religious and traditional leaders, among others.
Press reports that this time, he has now taken the engagement to schools where he interacted with University students.
At both the Coal City University and the Godfrey Okoye University both in Enugu, the minister told the youths that their agitations were appropriate.
Onyeama, in spite of that, said the Federal Government had already taken concrete measures to address those concerns.
“A lot of the grievances of the youths are justified; but already the government has taken steps to address them.
“This government wants to ensure that the whole interest of the youths are protected and it is committed to doing that. The youths should not be taken for granted,” he said.
Onyeama charged Universities to put more efforts towards innovation, as well as research and development.
He said the students should be made to be job employers upon graduation.
“It is believed that every country should invest 2 percent of its GPD on research and development but here in Africa it’s about 0. point something percent.
“So, I encourage universities to invest in research and development. They can no longer depend entirely on government for funding. Using intellectual properties, they could get royalties. Many universities get serious royalties through from big companies and multinationals and this is product of research and development.
“We also need culture direction. Students should not just be prepared to be employed but have entrepreneurial skills. If you look at most successful individuals today, you will find that wealth was created not through employment but through innovation.
“Universities should not be bringing out people looking for white colla jobs but people who through themselves will create jobs through innovation and intellectual property,” he stated.
At the Coal City University, the Vice Chancellor, Professor Afam Icha Ituma, while welcoming the minister, pleaded with him to endow a prize for the best students in political science and the best student in history and diplomatic studies.
He was received at the Godfrey Okoye University by the Vice Chancellor, Rev. Fr. Professor Christian Anieke.