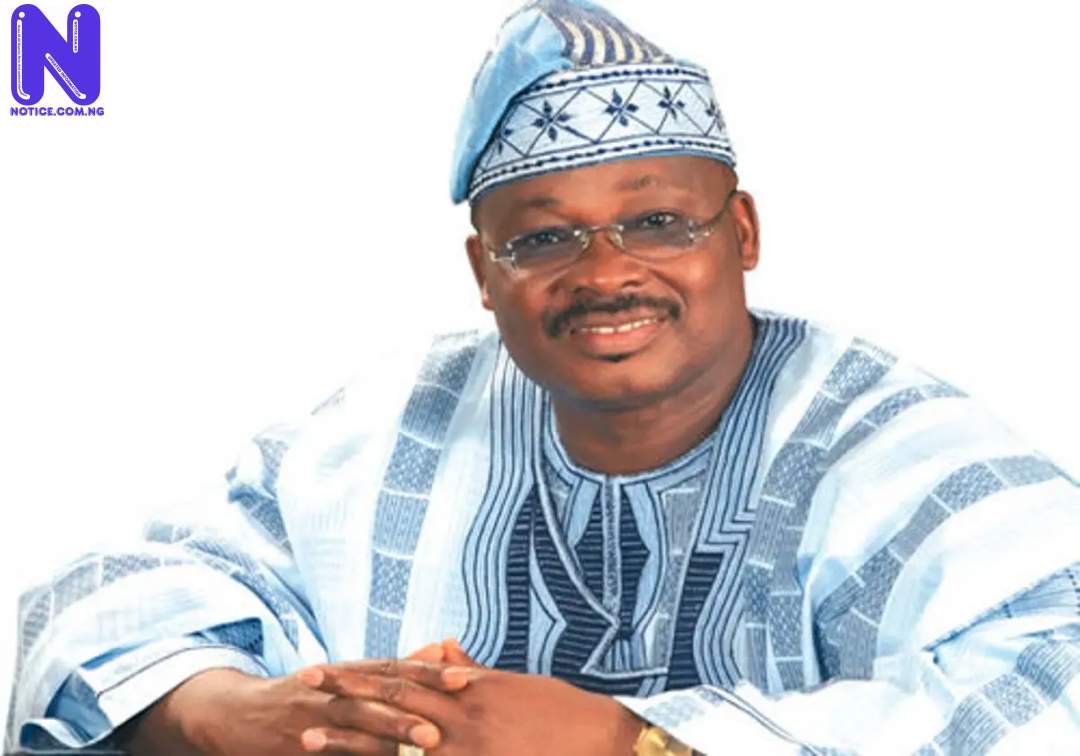 The Senator representing Oyo Central District in the National Assembly, Teslim Folarin, a chieftain of the ruling All Progressives Congress (APC) Asiwaju Rotimi Ajanaku and other political gladiators on Sunday paid the last respect to the immediate past Governor of Oyo state, Senator Abiola Ajimobi.

Press recalls that Ajimobi, who died on Thursday was buried some minutes after 10am on Sunday.
A prayer for the immediate past Governor was held shortly before his interment in his Oluyole residence on Sunday.

Press reports that Folarin who is a Ex-Senate Leader lead other political gladiators to the residence of Ajimobi to pay the last respect for him.
Other associates of the Ex-Governor who were present at his residence included gubernatorial candidate of APC in the 2019 general elections, Mr. Bayo Adelabu, Ex-Commissioner for Information, Mr. Toye Arulogun, Ajimobi Deputy, Mr. Moses Adeyemo and Ex-Commissioner for for Justice and Attorney General in the state, Mr. Adebayo Ojo
Ajanaku, who spoke shortly after the burial, pointed out that the best way for the APC to honour the Ex-governor is to forget any of his wrongs.
He said, “The best honour I would suggest we should give as a party to the departed soul of our great leader, is to forgive whatever wrong we have done against each other, settle all disputes tearing our party, All Progressives Congress (APC) apart and.
“We should come together as one. When we do this, Ajimobi’s soul will be happy in his rest”.
Here are the pictures obtained by Press after the burial of the Ex-Governor.