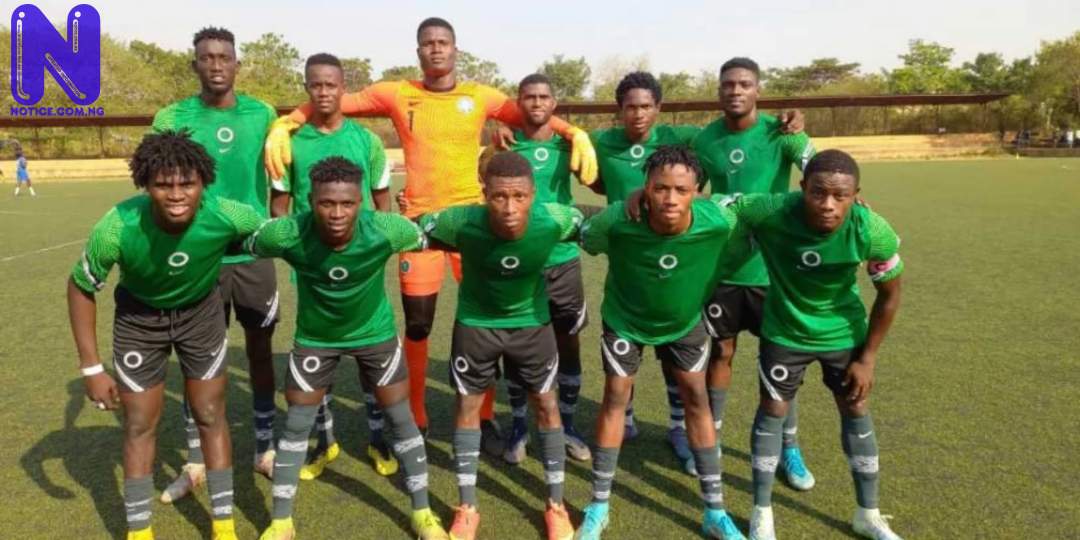 Nigeria’s U-20 side, the Flying Eagles will now travel to Morocco on February 8 for the final phase of their training exercise ahead of the 2023 Africa U-20 Cup of Nations.

The team was earlier scheduled to travel to the North African country in late January but the tour has now been moved to next month.

25 players will make the trip, while four will later be dropped.

The Confederation of African Football (CAF) demanded that 21 players be registered by each participating country.

Ladan Bosso’s side will engage in a series of friendlies while in Morocco.

The players and their officials will depart for Egypt four days before the start of the competition.

The competition will start on February 19 and run till March 11.

The Flying Eagles will open their campaign against Senegal at the Cairo International Stadium on February 19.