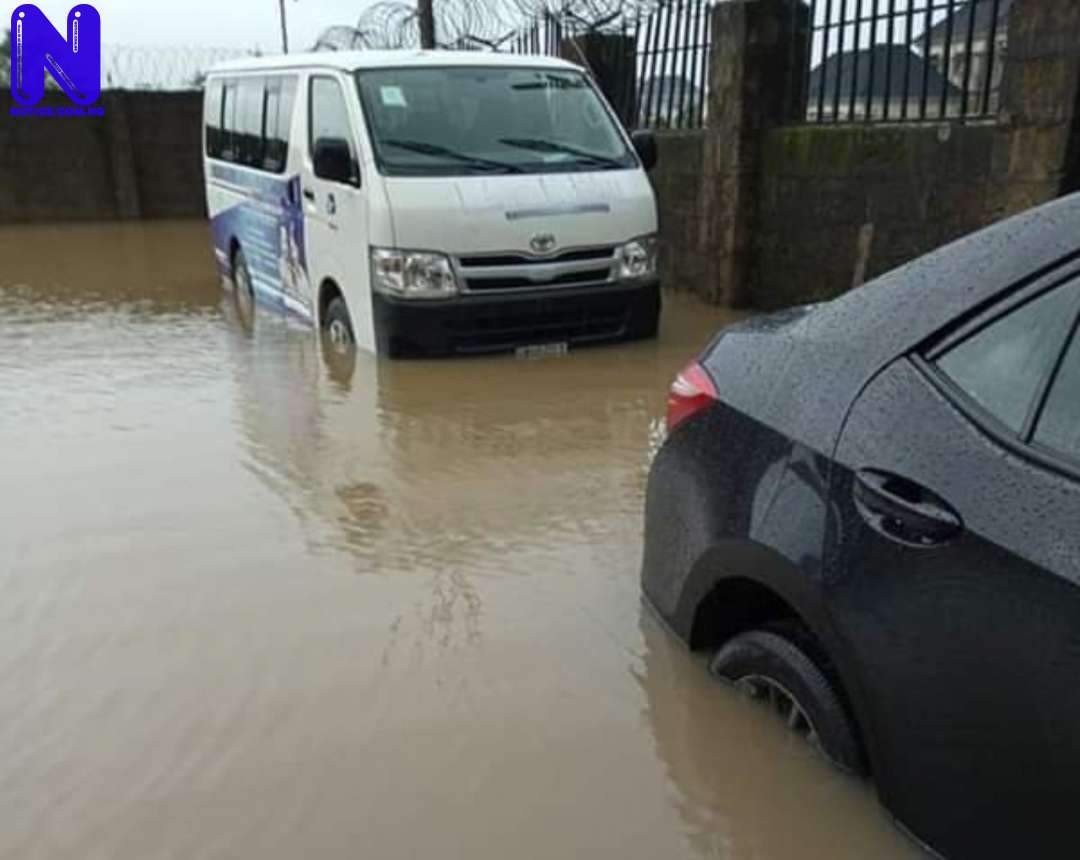 For the people of Ajapa in Ese Odo Local Government Area of Ondo State, it was a sorrowful day, as the rains, which they thought would bring them succour came bearing deaths.

The rains, which poured for four consecutive days resulted in the flooding of the riverine community and claimed the lives of two children identified as Igulapelewe Inuesokan and Justinah Seiwei.

It was gathered that a two-year-old Igulapelewe and Justinah, who was three years old, were found missing when their parents left their abode to find means of preventing their house from being over flooded.

Speaking on the development, the Iginabou of Ajapa Community, High Chief Godwin Akpos, who gave the names of the two parents who lost their children as Mr. Mike Inuasokan and Mr. Posi Feiwei stated that, ” It has never happened like this before.”

“The situation has badly affected the whole community, no house was spared including schools and churches.

“It started about four days ago but today is the worst. All our houses and property are gone. It was so unfortunate that we even lost two children to the incident “

“As we speak now, it is raining thereby adding more to the destruction. All our houses have been submerged and over flooded.

“We are finding it difficult to survive, our economy has been broken down completely, even to cook is a serious problem, fishermen and women could no longer fish “

“All my property are inside the water,” he lamented.

Meanwhile, the community has appealed to the governments for urgent intervention.

Recall that following the floods in the riverine communities in the state particularly in Ilaje and Ese Odo Local Government Areas, Governor Oluwarotimi Akeredolu had ordered the closure of schools for three weeks.