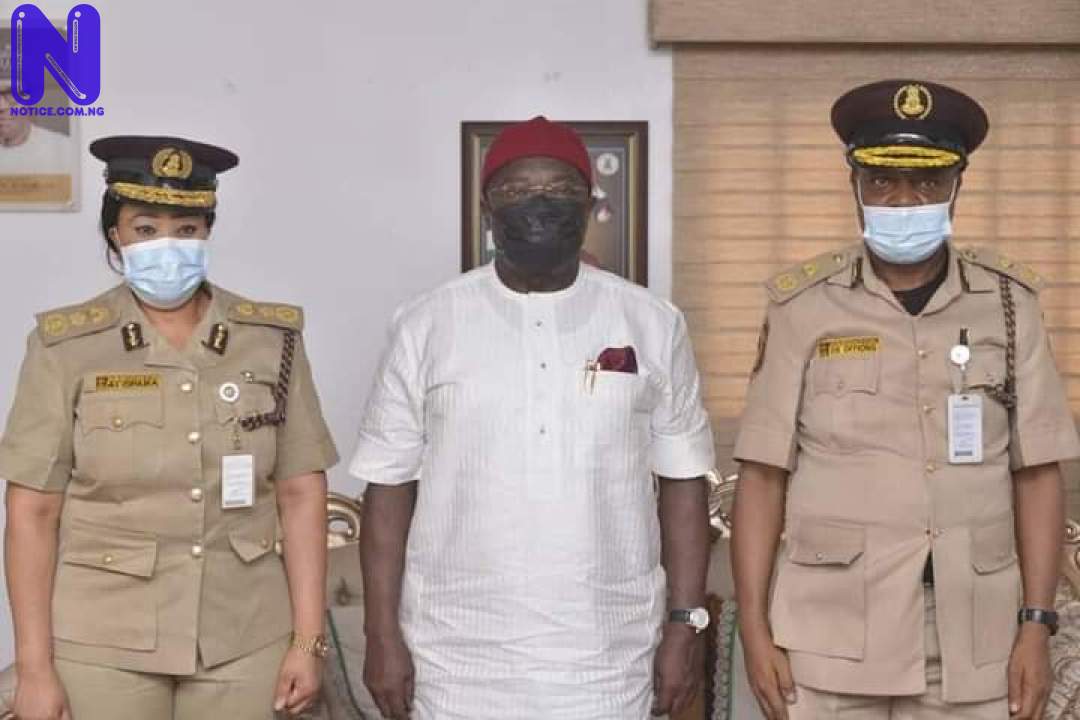 The Governor of Abia State, Okezie Ikpeazu, has tasked the Nigeria Immigration Service and other military and para-Military formations to take a deeper look at the activities of illegal immigrants whose activities have become inimical to the state and her people.

Governor Ikpeazu made the call when he received in audience a delegation of the Deputy Comptroller General of Nigeria Immigration Service, Anthonia Opara, in his office at Government House Umuahia.

He noted that these illegal immigrants especially from Chad and Niger Republic have continued to perpetrate criminal activities along the Lokpanta and Isuikwuato axis.

According to the governor, he has received credible intelligence on the criminal activities of the gang and will share these intelligence with the Nigeria Immigration Service Command in Abia State, since a good number of these criminals are not Nigerian People.

Governor Ikpeazu noted that the victims of the criminal activities of these people include students and lecturers.

He assured that the government will continue to support the Nigeria Immigration Service in the state to continue to carry out its mandate.

She appealed to the governor to assist them in providing operational vehicles to enable them carry out their operations effectively in the state.

READ ALSO >>> Strengthening the Naira: Ikpeazu may be right after all - Chinenye Nwaogu

The State Comptroller of Immigration, Abia State Command, Mr Samuel Offiong was part of the delegation while the Secretary to Government, Barrister Chris Ezem, the Chief of Staff to the Governor, Professor ACB Agbazuere were among other top government functionaries who were present during the visit.