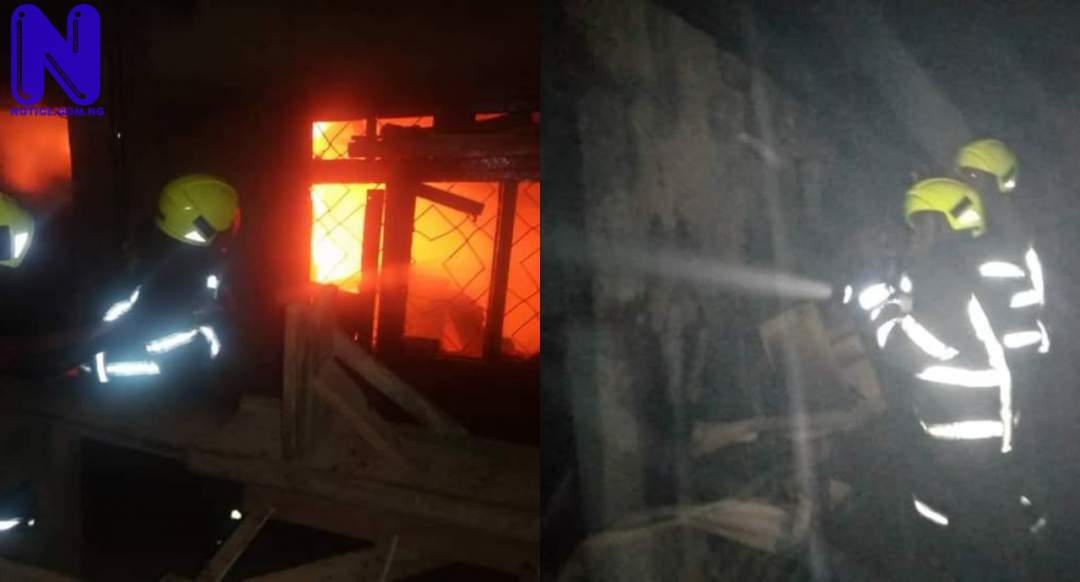 Properties worth millions on Naira have been destroyed in a fire outbreak that occurred in the Sabo Area of Osogbo, the Osun State capital.
According to information obtained from the Osun State Command of the Federal Fire Service, the inferno which consumed six rooms and a shop began very early on Sunday morning.
In a telephone chat with Press, the Operational Commander, Osun State Command of the Federal Fire Service, Deputy Superintendent of Fire, Isaac Femi Akinjobi stated that men of the command responded to a fire outbreak at a shop which is located at Orita Ahmadiyah opposite Ahmadiyah Mosque, Sabo, Osogbo.
According to him, men of the fire service moved swiftly to put the fire under control and no casualties were recorded.
DSF Akinjobi cautioned against carelessness on the part of electricity consumers and advised that electrical appliances and gadgets should be switched off immediately there is a power outage.
He noted that it is currently a dry weather and there was the tendency for little sparks to turn into inferno.