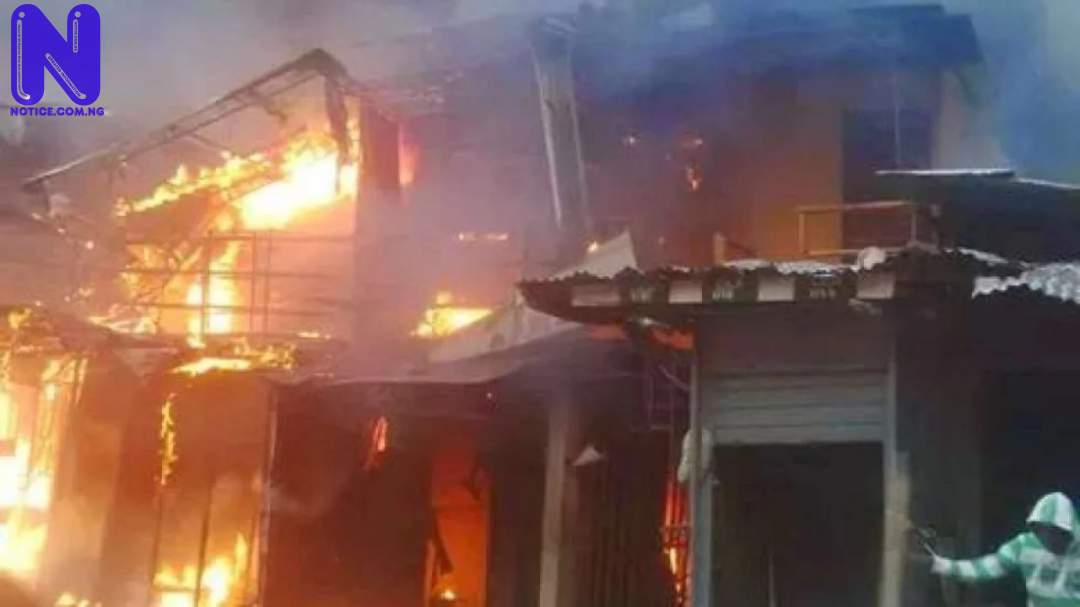 Residents of Ifelodun Local Government Area of Osun State woke up to the news of an overnight inferno which engulfed the popular Oja Oba market in Ikirun town.
According to the information available to Press, the fire started about midnight and all efforts to reach the Osun State Fire Service proved futile.
Press reports that all the numbers given out by Osun Fire Service for Osogbo, Ikirun and Ile-Ife could not be reached as they were all switched off.
A source who later spoke to Press disclosed that he finally reached the Public Relations Officer (PRO), Osun Fire Service after which he promised to swing into action.
According to her, on contacting the Federal Fire Service, Osun Command, the PRO, Adijat Basiri revealed that she got information that they were later alerted about the fire.
She said, “We declined going there due to security reasons. We requested for security back-up but couldn’t get one because Ikirun is a hot zone where we are usually attacked. This has occurred about twice in the past.”
As at the time of this report, numbers to the Osun Fire Service could not be reached to get their own side of the story.