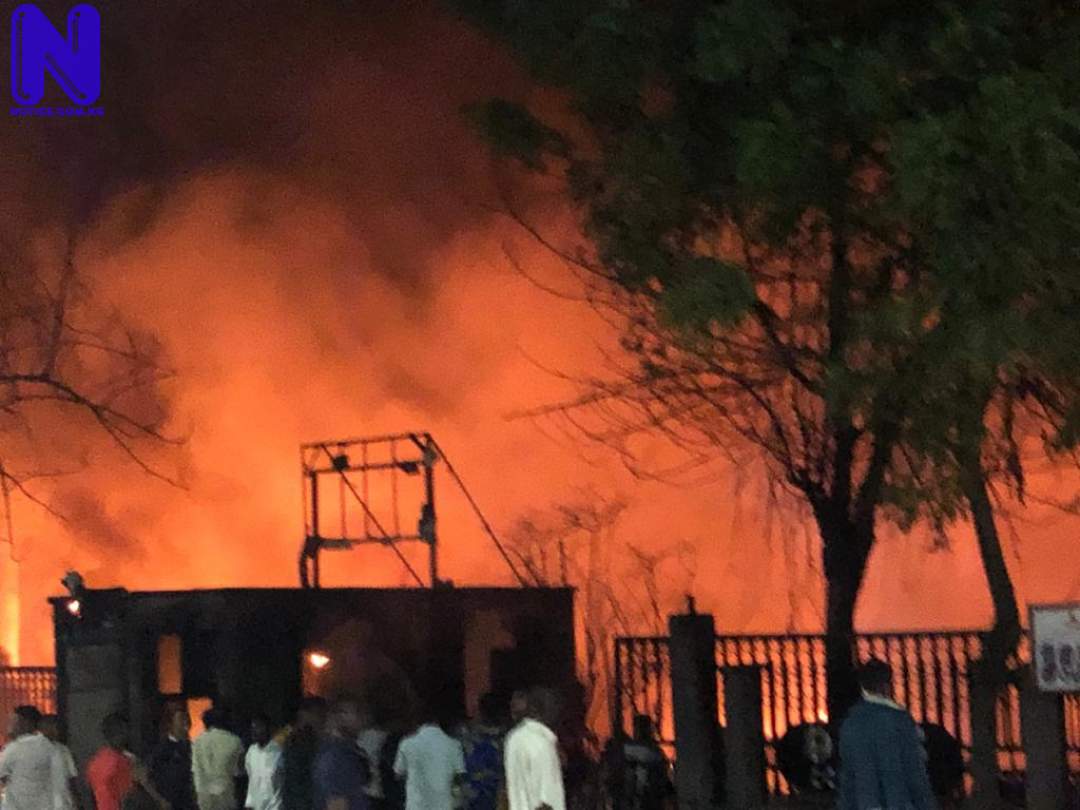 According to some residents in the area, the fire was as a result of illegally refined kerosene that exploded in one of the apartments.

Others, in spite of that, attributed the fire to a “gas explosion.”

Eyewitnesses said a lady from whose apartment the fire began was ” seriously burnt” but has been rushed to hospital.

The fire was eventually put off by some youths in the area.

A resident in the area blamed the incident on the government for failing to provide kerosene legally for the people, particularly in the face of the increasing price of cooking gas.