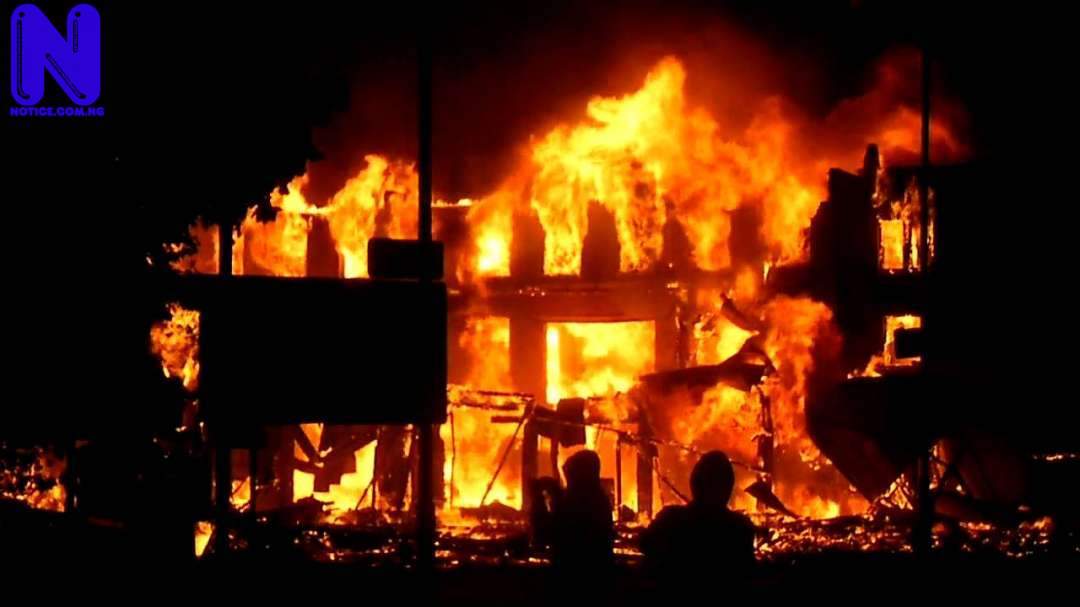 An early morning fire incident in Uyo, Akwa Ibom state capital has reportedly claimed the lives of a woman and her six children.

The fire started at about 2am on Friday at their residence, No. 33, Ntia Street, off Ekpri Nsukara, Uyo.

The woman, simply identified as Edidiong, reportedly got up to ease herself in the middle of the night when she noticed the fire.

As stated by reports, the woman and her children died before they could be rescued.

The state Director of Fire Service, Ndarake Ukpe, who confirmed the incident to newsmen, said fire fighters were at the scene but that it was rather too late.

“Residents of the area could not reach the fire service on time because they did not have their phone numbers.

“My commander has just informed me, but he has not given me details.

“We are investigating the cause of the incident. The commander said he saw four corpses in the wreckage. We really sympathise with the family on the incident,” the Director added.