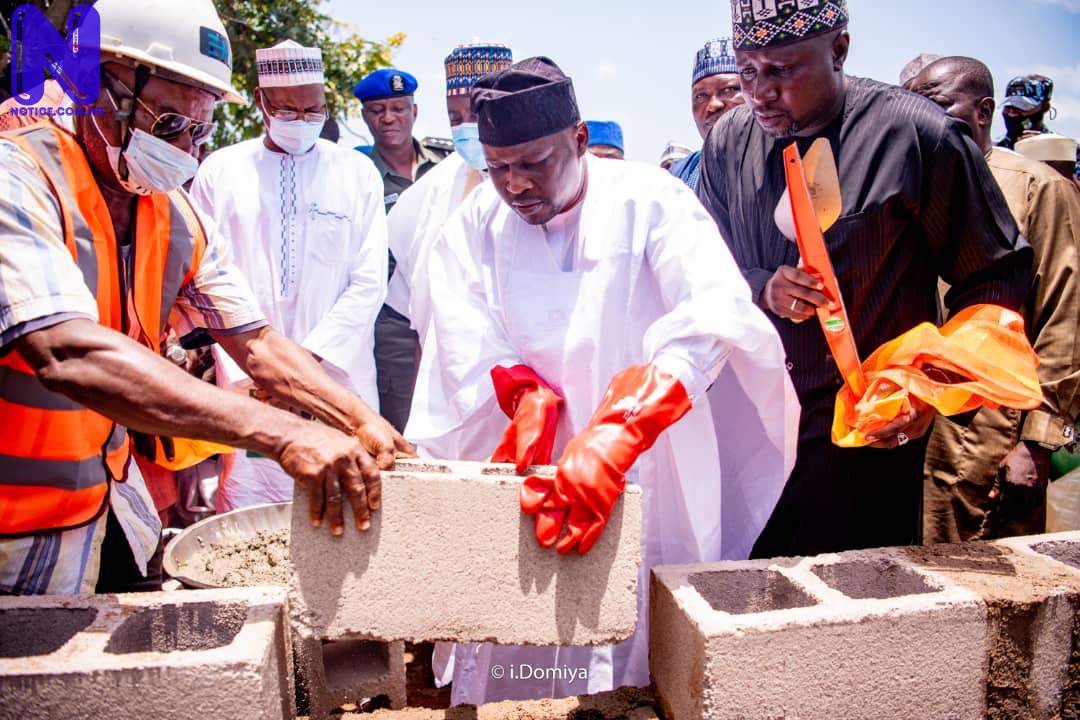 Governor Ahmadu Fintiri of Adamawa State on Tuesday urged his people who do not have voter cards to activate the process of getting it through the continuous voter registration currently being conducted by the Independent National Electoral Commission (INEC).

The governor, while inaugurating a process to upgrade and expand the cottage hospital in Fufore, headquarters of the Fufore Local Government Area of the state, said the voter’s card is a potent power in the hands of the electorate.

"In a democracy, the greatest weapon of the electorate is their individual votes,” Fintiri said, adding, “INEC is conducting its Continuous Voter Registration exercise. I call on all citizens who are not registered to go out and register and obtain the voter's card. Your vote is your right.”

Fufore, one of Adamawa’s LGAs closest to the state capital, Yola, is also one of the largest in population and landmass, with two members in the state House of Assembly and two commissioners in Fintiri’s cabinet.

Fintiri said of the LGA, “Considering your size and the dynamics of your geopolitics, I have deliberately been sensitive to your representation in my administration. You are one of the few local government areas with two representations in the Executive Council.”

Fintiri was in Fufore specifically to flag off the upgrade and expansion of Fufore Cottage Hospital, a facility which has existed as the foremost health centre in the expansive Fufore LGA.

The contract for the upgrade of the cottage hospital, awarded to Messrs Yaks Solutions at ₦186 million, is planned to cover reconstruction and expansion of the male and female wards and surgical wards, redesign and construction of the hospital entrance, physician offices, consulting rooms, perimeter fence, and gate.

Governor Fintiri said the project, expected to be completed in six months, will lessen the pressure of referrals on the Specialist Hospital and the Federal Medical Center, both in Yola.

Fintiri said health is central to his administration's 11-Point agenda and that currently his government is constructing five new cottage hospitals and upgrading and expanding three others, as well as rehabilitating all the six general hospitals across the state.