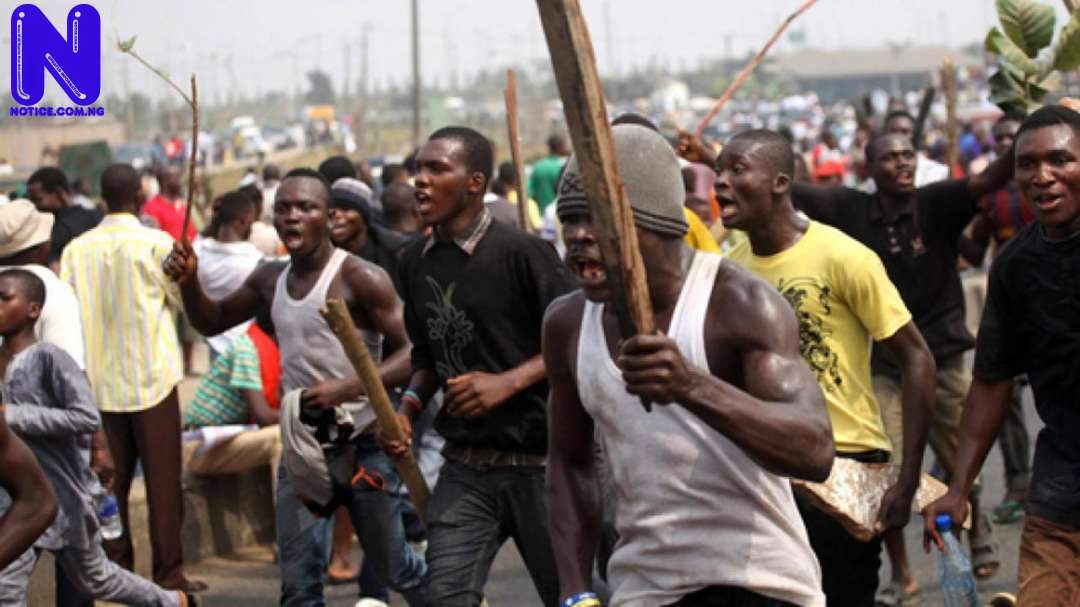 An 80-year-old woman, Simiat Ganiyu, who was hit by a stray stone during a thug war has died in hospital.

On Monday, at about 10:30pm, groups of thugs in the Isale-Osun area of Osogbo were fighting over supremacy when the accident happened.

An eyewitness told our reporter that the thugs confronted themselves with stones and while they were attacking each other, a stray stone hit the aged woman and she collapsed.

The old woman, it was gathered was at the scene to broker peace between the fighting gangs and was later confirmed dead at the Osun State Teaching Hospital, Osogbo.

After the death, her son, Taofeek Adelu, 28, mobilised his gang members to the area to seek revenge, sources told our Correspondent.

Around 5am on Tuesday, the gang members barricaded the Osun Drive highway, with rocks woods and other objects making burnfire opposite the Osogbo area office of Nigerian Immigration Service, and Nigeria Security and Civil Defence Corps (NSCDC) Osogbo South division, Isale-Osun.

She added that the leader of the gang, who barricaded the area has been arrested for causing mayhem and preventing the free flow of traffic.

“The principal suspect, Taofeek Adelu has also been arrested.

”The corpse of his mother has been deposited at the UNIOSUN teaching hospital morgue while further investigation is ongoing,” she said.