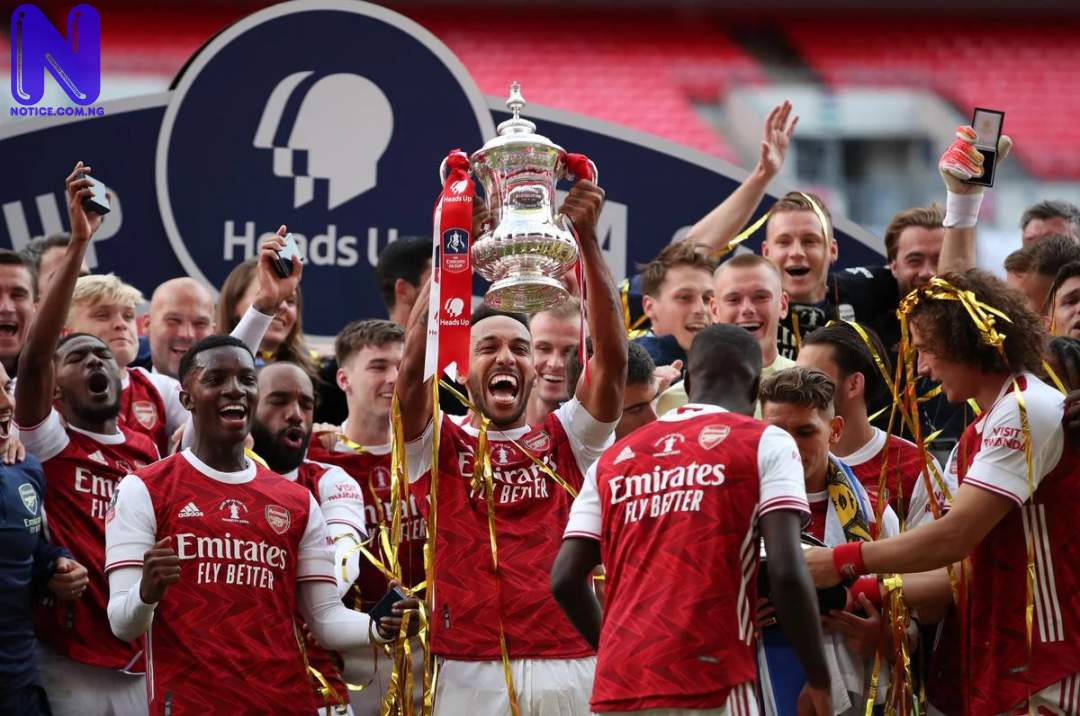 FIFA has congratulated Arsenal for winning this year’s FA Cup final.
The Gunners beat London rivals Chelsea 2-1 at an empty Wembley Stadium on Saturday.
Pierre-Emerick Aubameyang was the star of the show with two goals, cancelling out Christian Pulisic’s opener.
The world football governing body took to their official Twitter feed, to hail Arsenal’s achievement.
The tweet read: “14 says @Arsenal

65 says @sterling7
“Since Aubameyang’s debut for @Arsenal, he has scored more goals than any other @premierleague player in all competitions.
“If anyone deserved an FA Cup winner’s medal, it was him. Auba seized himself one in some style.”