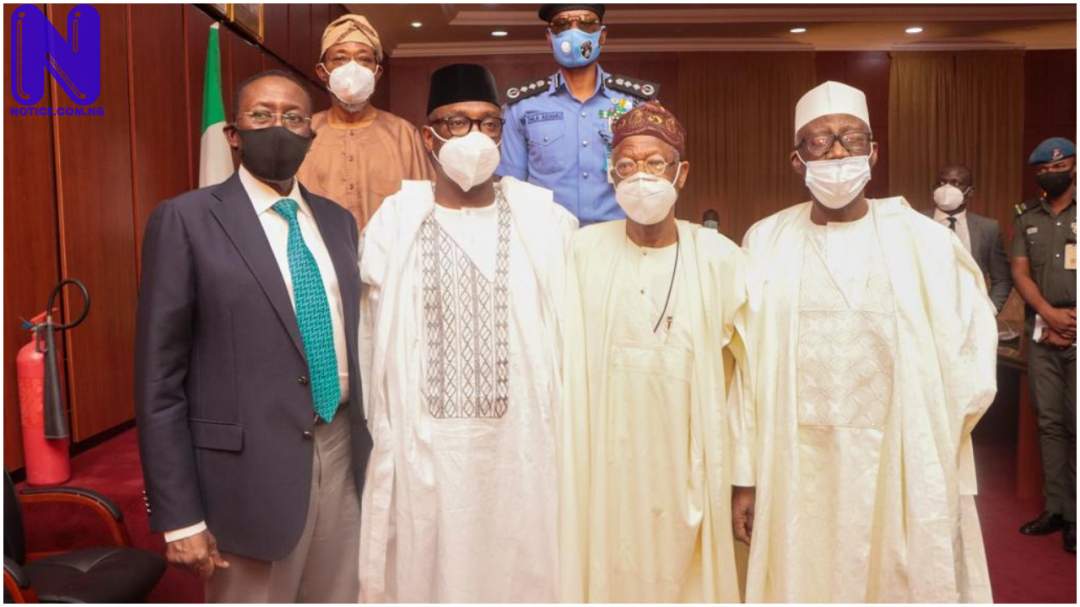 The federal government says measures are in place to ensure the safe release of abducted students and staff of Government Science College Kagara in Niger State.
Minister of Information, Lai Mohammed, stated this on Tuesday during a meeting of federal officials with Governor Sani Bello.
He assured that Nigeria will not surrender its sovereignty to criminals.
National Security Adviser, Babagana Monguno said both kinetic and non-kinetic approaches would be used to secure the release of the staff and students.
Mary Noel-Berje, Bello’s spokesperson, quoted him as saying there will be both political and military efforts to resolve the issue.
The NSA added that President Muhammadu Buhari was determined to apply whatever it takes to ensure the safety of lives and property in the country.
The Inspector-General of Police, Mohammed Adamu said strategies have been put in place to deal with the situation.
Adamu said the Police is working with other security agencies to ensure that the kidnapped students and others abducted along Zungeru-Kontagora road are freed unharmed.
He disclosed that the police has deployed four units of Mobile Police Force men to swing into action with the Department of State Services (DSS) to reinforce security.
Bello, in his remarks, expressed delight over the prompt action by the federal government.
Also on the delegation were the Interior Minister Rauf Aregbesola and the Minister for Police Affairs, Mohammed Dingydi.

DO YOU KNOW >>> NSCDC arrests 50 pipeline vandals in Imo