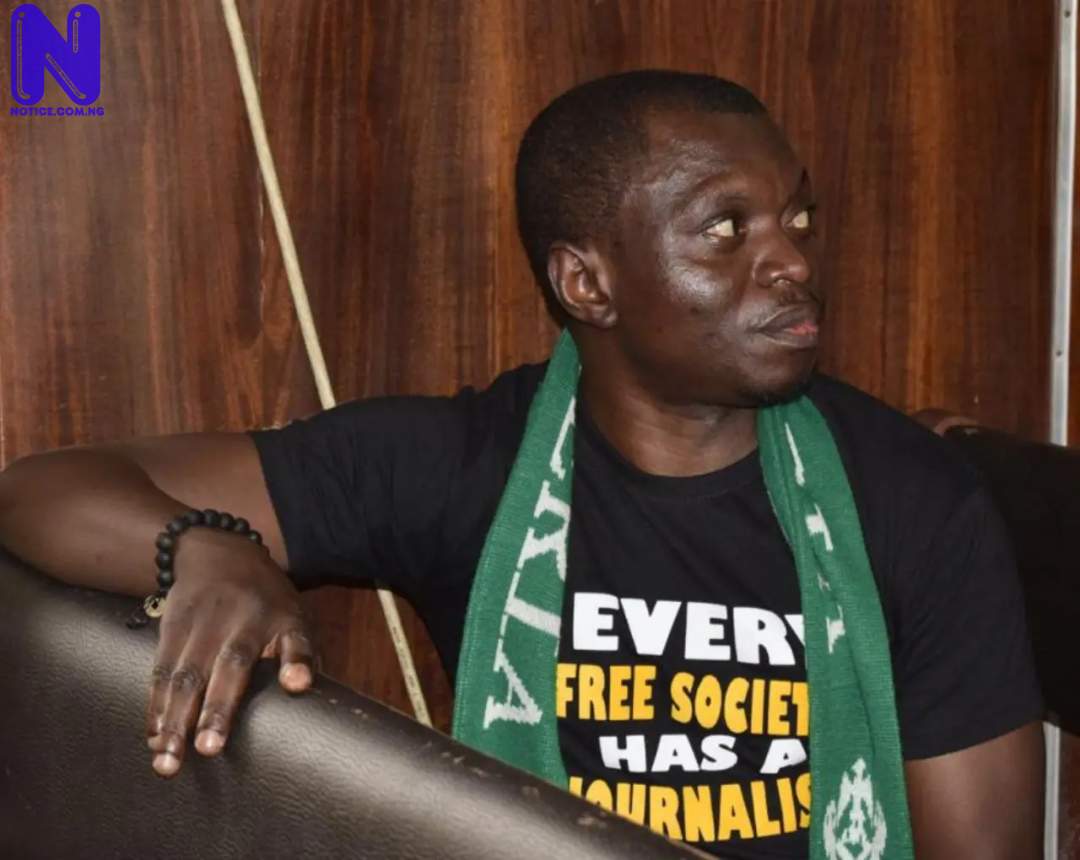 A Federal High Court sitting in Calabar, Cross River State and presided over by Justice Sule Shuaibu has admitted the Publisher of Cross River Watch, online publication on bail.

Justice Shuaibu made the pronouncement while ruling on the matter between Federal Government and Agba Jalingo on Thursday in the court.

The ruling came after Justice Simon Amobeda had denied the defendant/applicant bail on October 4th and 30th, 2019 as well as 175 days after his arrest on August 22, 2019 a few days to a rescheduled police interview which was at the instance of a petition bordering on an article he authored in July.

The article had asked the Cross River State government to come clean on the whereabouts of the N500 million approved and released for the floating of the Cross River Microfinance bank.

After pleading not guilty to the four count charges preferred against him bordering on terrorism, treasonable felony, cultism and attempts to topple the Cross River State government, Jalingo’s counsel, Attah Ochinke moved the motion for bail with the prosecution counsel, the Attorney General and Commissioner for Justice, Tanko Ashang refusing to oppose it.

Consequently, Justice Shuaibu set the bail bond at N10 million with one surety in like sum and said the surety must be resident within the jurisdiction of the court and his address must be physically verified. Also, he must show means that he will be able to forfeit the bail bond if the defendant/applicant jumps bail.

Also, the surety is expected to deposit N700, 000 cash with the registrar of the court who will then pay it into an interest yielding account with a commercial bank while Jalingo must seek the permission of the court to travel out of the country if he wants to travel.

Furthermore, Jalingo must depose to an oath that he will be available in court while he and his surety must present two passport photographs.

Justice Shuaibu also ordered that the proceedings of the court on the matter not be a subject of public discourse.

He subsequently adjourned the matter to the 6th, 7th and 8th days of April 2020 for the prosecution to open and close its case while other motions may be treated before that day.

Ochinke in his motion, brought pursuant to sections 35 and 36 of the constitution of the Federal Republic of Nigeria 1999 as amended as well as sections 158, 161, 162 and 165 of the administration of criminal justice act 2015 urged the court to admit the defendant to bail relying on “his state of health as the special circumstance upon which the court may exercise its discretion.”

And, Ashang who said he was not opposed to the bail application dated November 7, 2019 and filed on November 12, 2019, however asked the court to be guided by the provisions of Section 34 subsection 3(a) and subsection 5 of the terrorism prevention amendment act of 2013 which bars the discussion of court proceedings on trials relating to terrorism as well as prescribes a five year jail term on those found wanting.

The Cross River State government had last week taken over prosecution of the matter despite denying allegations that the Governor, Benedict Ayade was behind Jalingo’s ordeal.

Justice Shuaibu said, “Defendant/applicant is hereby admitted to bail pending the trial of the offence charged in the sum of N10m and a surety in like sum. The surety must be resident within the jurisdiction and shall furnish the registrar of the court evidence of capacity to satisfy the bail bond in the event that the defendant/applicant jump bail.

“The surety shall furnish the registrar with his or her residential address which shall be physically verified by the registrar and the verification report duly filed, defendant/applicant shall not travel outside the country without the permission of the court sort and obtain.

“Both defendant/applicant and surety shall submit a passport size photograph to the court registrar. The case is specially fixed for 6, 7, 8 April 2020 for prosecution to open and close its case” Justice Shuaibu stated