Fayose visits Tinubu in Lagos, says people don’t celebrate others when they are alive (PHOTO) 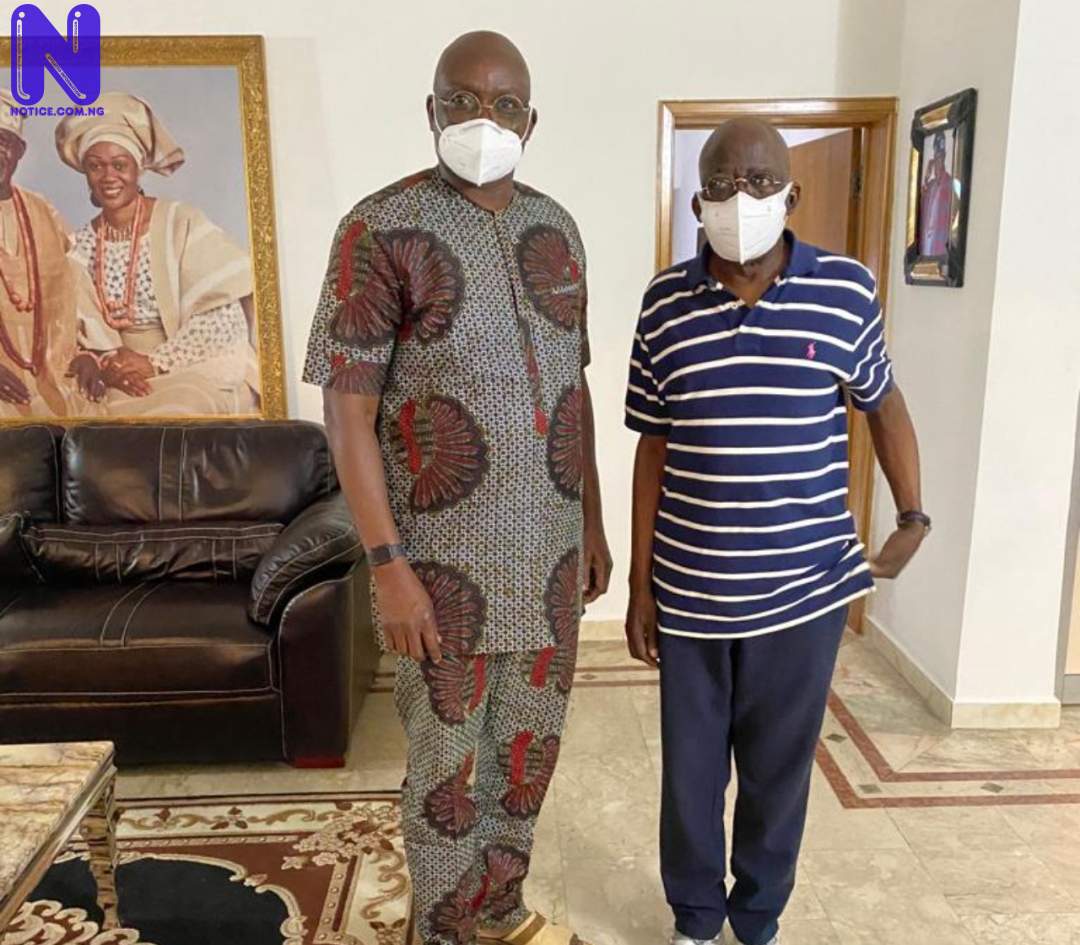 Ayodele Fayose, a Ex-Governor of Ekiti State, on Tuesday met with Bola Tinubu, the National Leader of the All Progressives Congress, APC.

Fayose said he met with Tinubu at the latter’s residence in Lagos State.

In a tweet via his verified Twitter handle, the Ex-governor said he visited Tinubu to wish him quick recovery.

The Peoples Democratic Party, PDP, chieftain lamented that people hardly celebrate others when they are alive.

“Today, I was at Bourdillon to wish Asiwaju Bola Tinubu soonest recovery. Health issues know no political party and in this part of the world, we seldom celebrate people when they are alive. Rather, we like to sign condolence registers. To me, that is not the best way to live,” Fayose wrote.

Tinubu, a Ex-governor of Lagos State has just returned from the United Kingdom, UK, where he went for treatment.

While in the UK, the APC National Leader had a knee surgery.

He, in spite of that, returned to Nigeria on Friday night after spending three months.