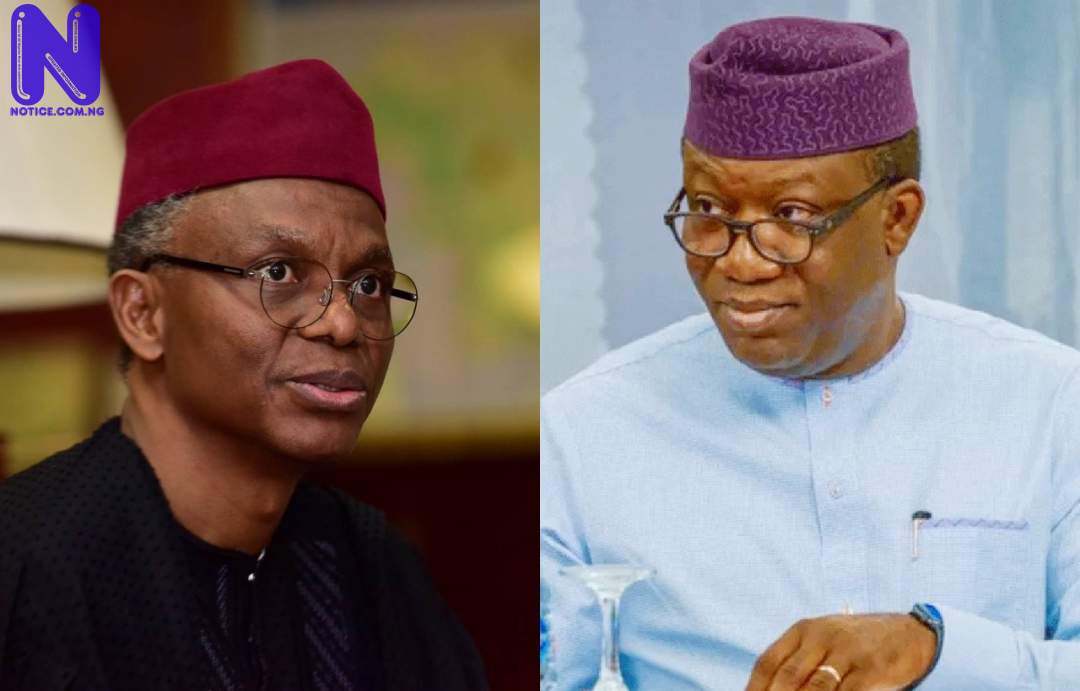 Ekiti State Governor, Dr Kayode Fayemi has commiserated with his Kaduna State counterpart, Mallam Nasir El-Rufai, and the people of Kaduna State on the death of the immediate past Deputy Governor of the State, Barnabas Bantex.

Fayemi, in a condolence message to El-Rufai, described Bantex's death as unfortunate and a great loss to the people of Kaduna State considering his contributions to the development of the state in different capacities, notably as deputy governor between 2015 and 2019.

The Governor noted that the late Bantex was a dedicated and loyal Deputy Governor and a party chieftain whose commitment and contributions to the All Progressives Congress (APC) were quite significant.

The Chairman of the Nigeria Governors' Forum added that Bantex was reputed for his unflinching loyalty to Governor El-Rufai with whom he had partnered to creatively manage the ethnic and religious diversity in Kaduna State between 2015 and 2019 when he served as Deputy Governor.

He added that the deceased was a detribalized Nigerian and a man who worked to ensure religious tolerance and harmony between Christians and Muslims in the southern part of the state.

"I commiserate with the government and people of Kaduna of Kaduna State for this great loss. I condole with my brother, Governor Nasir El-Rufai for losing such a dependable friend. It must have been shocking and heartrending to lose someone whose friendship predates politics."