Farmer cries for help as herdsmen attack son in Bayelsa 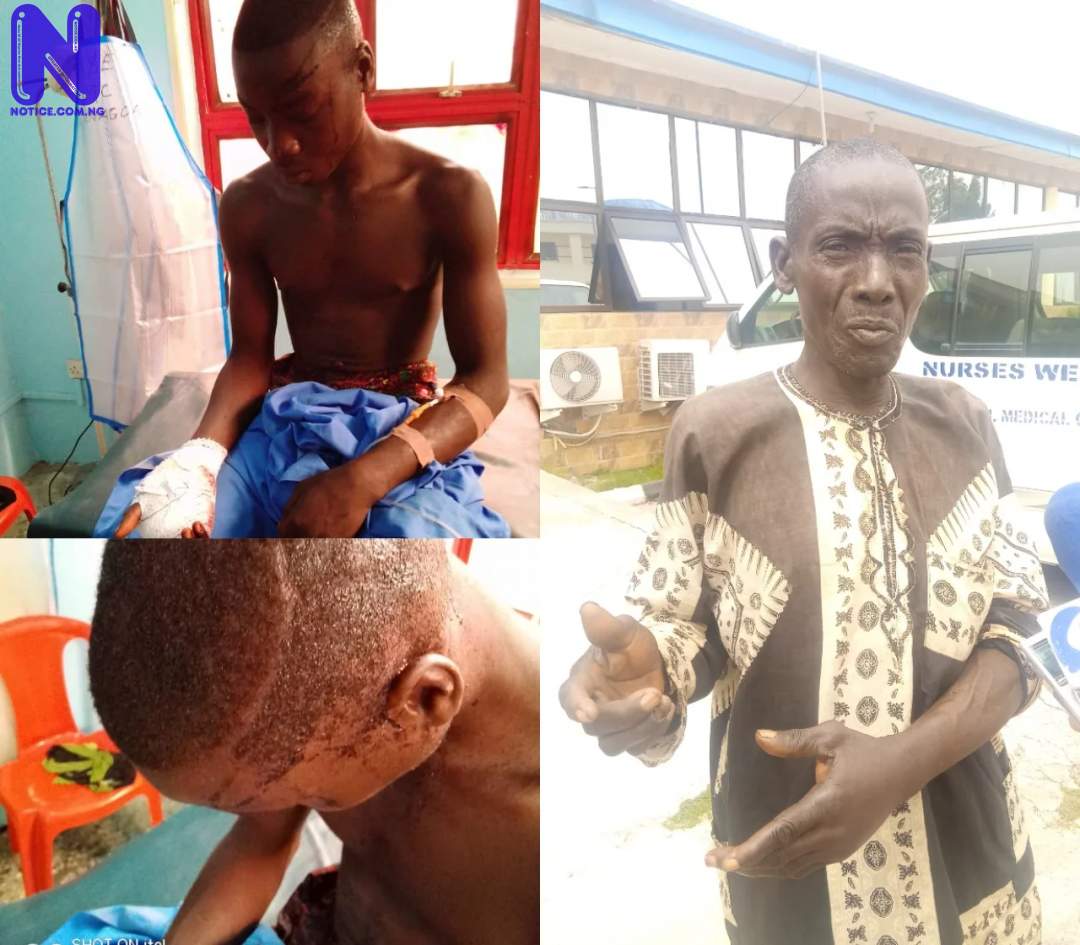 A 58-year-old farmer from Otuoke Community, in Ogbia Local Government Area of Bayelsa State, Mr. Goodhead Nation, has revealed how he and his 18-year-old son escaped death from a deadly attack by an unidentified Fulani herder.
The attack, which reportedly happened on Friday evening, and currently generating tension in Yenagoa, the state capital, almost left the 18-year-old boy simply identified as Samuel dead.
Press gathered that the victim, Samuel Nation, who was attacked with a machete, inflicting grievous injuries on his fingers and head over an allegation of a missing cow, underwent four hours of surgery at the emergency ward of the Federal Medical Centre (FMC).
The father, Goodhead Nation, reportedly escaped the attack with heavy bruises in the left hand.
According to him, “I and my son were in the farm working when one of these cow herders approached me and asked where one of his cows was. I was surprised and I answered that I don’t know what he was talking about, and decided to continue what I was doing; the next thing I heard was a hit with a stick on my back, I turned and defended with my hand and he hit me again but when he noticed my little son was running to go raise alarm, he left me and chased after him.
“I couldn’t move faster so I trailed him slowly, on reaching a distance I saw my son on the floor in the pool of his blood, I quickly moved around and saw some other persons working in the farm, so I cried out for help, that was how we managed to move him to the river side where we used a local canoe to bring him back to Otuoke town for emergency treatment.”
Mr. Nation, who was full of tears while narrating his ordeal when Press visited them at the Federal Medical Centre, Yenagoa, said “we got to the hospital at midnight of Saturday but we were just attended to this Sunday afternoon, I don’t have a dine on me, I don’t want my son to die.”
Reacting to the development, the spokesman of the Ijaw Youths Council (IYC), Comrade Ebilade Ekerefe, who visited the victim at the hospital, expressed sadness over the incident.
“This shows the intent was to kill the boy, because it is not the first time we got information on cases of herdsmen terrorising our communities; as Ijaw people considering the mood of the country at the moment, we don’t want reprisal to happen. We want to believe it’s an isolated case, and we also want to believe it’s not intended to cause a crisis in the state. We will continue to consult with our leaders and other security agents.
“Let me say, this is not the first time this kind of incident happened. But this one is too many. Considering the mood of the country, the Ijaw Youths should not carry out reprisal attacks. It is an isolated attack. We do not want to believe that the attack was planned.
“We want to call on security agencies to arrest the culprit. If the culprit is not arrested, it will show that it was planned. The Hausa/Fulani Community in Bayelsa should show sympathy with the victim by ensuring the culprit is arrested. We don’t want to pre-empt anyone. They should come out to exonerate themselves.
“Ijaw youths should brace up and defend their clans against any form of enemy attacks. The Ijaw Youths should welcome peace loving people and defend themselves against any form of threats”.
In his brief remark, the Chairman Ijaw Youth Council, Central Zone, Comrade Clever Inodu, expressed grief on what he described as “undue invasion on innocent citizens”, noting that the council feels the pain of the victims and will do something about the incident.
He appealed to the people of the state to remain peaceful and not take laws into their hands, assuring that the leadership of the state was already on top of the situation.
“Ijaw people are very hospitable, we will not appreciate if the love we show to others is thwarted by incidents like this, we are already setting modalities and plans to ensure such menace do not happen again,” he said.