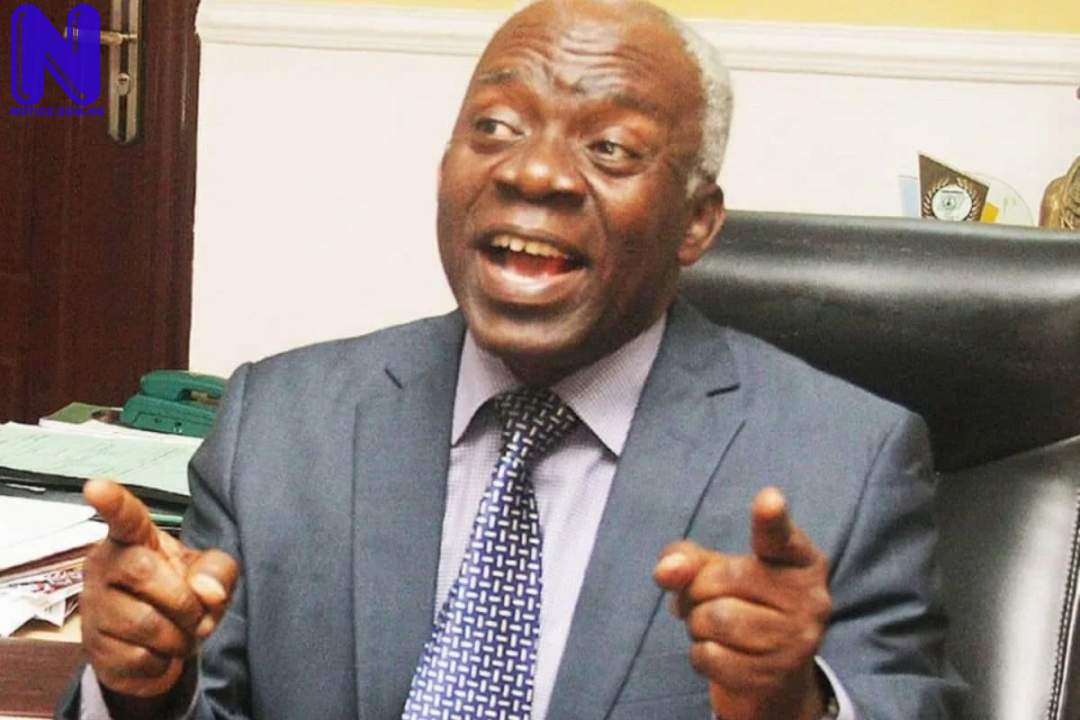 Lagos lawyer, Mr Femi Falana (SAN), has called for the amendment of the Ekiti State gender-based violence law, 2019.
The right activist said there were gaps in the law, which must be corrected.
Falana in a letter through his Falana & Falana’s Chambers, addressed to the office of the Speaker, Ekiti State House of Assembly identified the gaps in sections 1 and 8 of the law.
The letter entitled “Lacunae in the Ekiti State gender-based violence law, 2019 and the need for amendment” and signed by Taiwo Omidoyin was made available to journalists in Ado Ekiti.
The letter reads: “Section 1 of the Law, the definition section, has succinctly defined the concepts of gender-based violence, sexual assault, and violence against women. Section 1(4) of the law particularly provides for what constitutes violence against women.
He pointed out that the provision of “imposition of dress codes under any guise” as a component of gender-based violence is overstretched and overreaching, particularly the phrase “under any guise”.
“Even constitutionally, section 45 of the Constitution of the Federal Republic of Nigeria, 1999 (As amended) provides for restrictions and derogations on matters of fundamental rights, which by implication means that inalienable right is not absolute, they are with limitations and exceptions. Therefore defining violence against women to include imposition of dress codes ‘under any guise’ is too extensive.
“The freedom to dress freely to one’s taste and desire truly aligns with the right to personal liberty, the right to freedom from discrimination, yet these rights are with limitations. Therefore, categorising ” imposition of dress codes under any guise” as violence against women without giving room for derogations and restrictions is making a caricature of the said provision.
“There is, therefore, the need for the amendment of this particular provision to expunge the said Section 1(14) (ii) (u) of the law for being too overreaching, sweeping contrary to human rights limitations and open to abuse”.
Falana also picked a hole in section 8 of the law, wherein the law was referred to as ” this Act”.
He said, ” The Nigerian legal system has a hierarchy of laws within the legal order wherein Acts and legislations made by the National Assembly of the federation whereas Laws are legislations made by the State House of Assembly, therefore, a reference to “Acts” in the provisions of the Gender-Based Violence Law of Ekiti is a misnomer and requires an amendment.
“As trivial as the error could be, it has fundamental legal effects. Literally, the entire Section 8 of the Law becomes ambiguous, misleading, absurd and perhaps of no direct relevance to the Gender-Based Violence Law of Ekiti State. An urgent amendment in this regard is therefore inevitable”.
He urged the State House of Assembly to carefully review the law, identify the gaps and set the machinery in motion for its amendment to meet up with current global human rights standards in relation to gender and sexual rights.