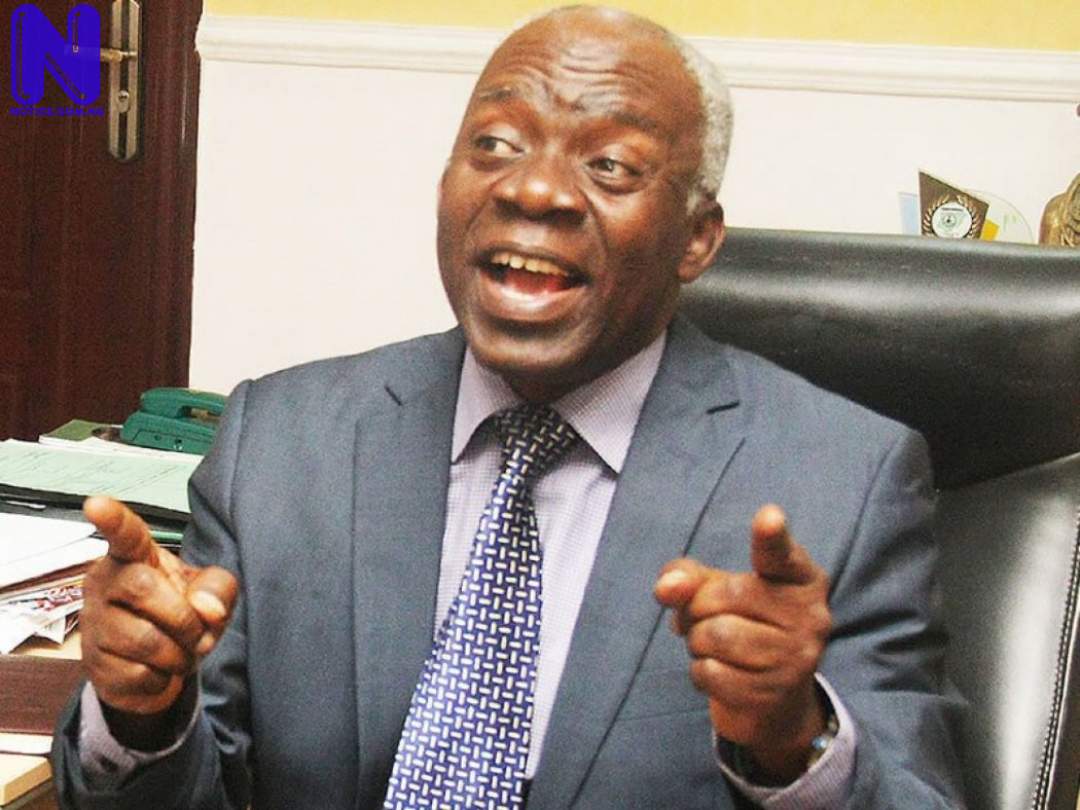 Rights activist, Mr Femi Falana (SAN) has revealed that the only way the All Progressives Congress (APC) can present Senators Ahmad Lawan and Godswill Akpabio as its senatorial candidates ahead of next year's election is if Bashir Machina and Udom Ekpoudom "voluntarily withdraw".

Falana also said that it is "brazen impunity" for the APC to present Lawan and Akpabio as senatorial candidates, urging the Independent National Electoral Commission (INEC) not to be misled to shirk its statutory duty to sanitise the democratic process.

Recall that Lawan, Senate president, and Akpabio, Ex-minister of Niger Delta affairs, had both contested the APC presidential ticket.

The APC had fixed May 27 for senatorial primaries and June 6 to June 8 as the party's presidential primary.

Machina won the party's ticket for Yobe north senatorial district, while Ekpoudom won the primary for Akwa Ibom north-west, which was monitored by INEC officials.

However, Akpabio was declared the winner of another primary, but Mike Igini, Resident Electoral Commissioner (REC) of Akwa Ibom, had said the exercise which produced the Ex-minister as candidate was not monitored by the Commission.

READ ALSO >>> What INEC should do to Lawan, Akpabio, APC – Sam Amadi - Illegal substitution of candidates

For Lawan, Machina had insisted he would not step down for the Senate President.

Meanwhile, As stated by the list submitted by the APC to INEC, Lawan and Akpabio are listed as senatorial candidates for Yobe north and Akwa Ibom north-west, respectively.

In a statement issued on Wednesday on the development, Falana said he expects INEC to do the needful to make sure that due process is followed on the submission of names of candidates.

The statement read in part, "In the senatorial primaries conducted by the APC and monitored by INEC, rtd. DIG. Udom Ekpoudom and Bashir Machina emerged as the candidates for Akwa Ibom West Senatorial District and Yobe North Senatorial District, respectively. Even though both candidates have not withdrawn from the senatorial race, the APC has submitted the names of Senators Godwin Akpabio and Ahmed Lawan for the two Districts in utter breach of the Electoral Act, 2022.

"Apart from the brazen impunity of the APC, Dr. Ahmed Lawan superintended the passage of the Electoral Act by the national assembly while Senator Godwin Akpabio is a senior lawyer who ought to have familiarised with the provisions of the Act.

"If the candidates whose names are submitted to INEC have not emerged from the primaries, the Commission will reject such names in the exercise of its power under Section 84(13) of the Electoral Act 2022.

"A political party seeking to nominate candidates for elections under this Act shall hold primaries for aspirants to all elective positions, which shall be monitored by the Commission.

"In particular, individuals who contested presidential primaries and lost cannot be permitted to replace candidates who won senatorial primaries. Unless the winners of party primaries voluntarily withdraw from the electoral process, political parties lack the power to engage in any form of substitution. Therefore, INEC should desist from promoting pre-election litigation by failing to exercise its enormous powers under the Electoral Act and the Constitution."


READ ALSO >>> ‘You are on loan to executive arm of gov’t’ – Senate President to ex-lawmaker, Goodluck