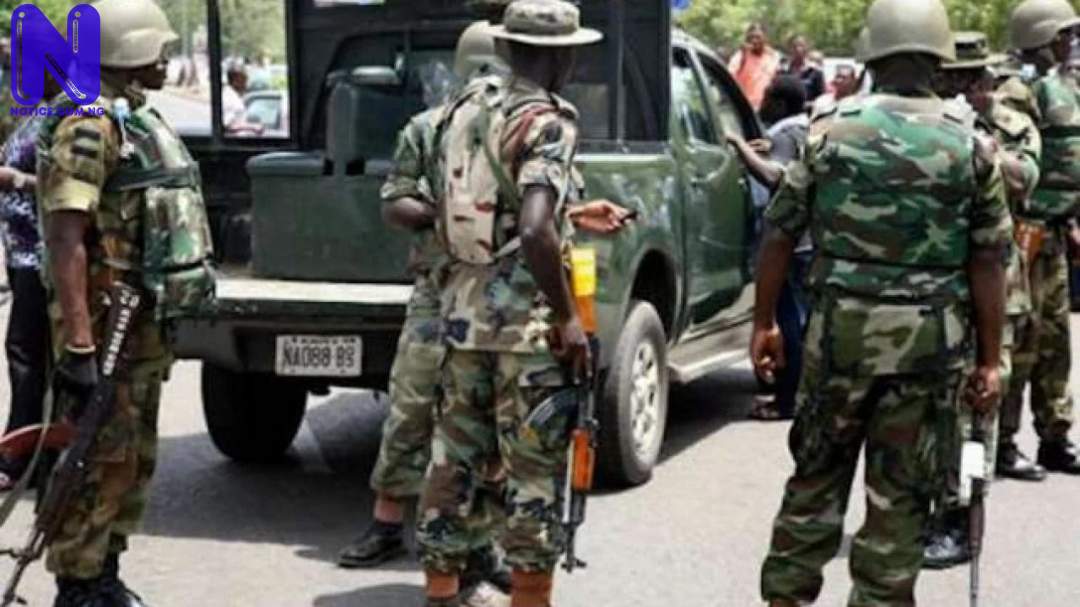 The Special Task Force, Operation Safe Haven (OPSH), said it arrested Mahmud Mohmmed and Nuhu Ochofo, for impersonating as a soldier and personnel of the Nigeria Security and Civil Defense Corps (NSCDC), respectively in Jos.
Maj.-Gen. Chukwuemeka Okonkwo, the Commander of the task force, made this known while parading the suspects on Friday in Jos, NAN reports.
According to him, the suspects, the suspects use their fake identity to commit crimes in the state.
Okonkwo revealed that the duo were arrested around Rayfield community of Jos South Local Government Area of Plateau.
He said the fake soldier was wearing full military uniform, while the other was caught with fake identity card of the NSCDC when men of the force apprehended them.
The Commander also paraded 18 other suspected criminals who were arrested for armed robbery, gun running and local militia group.
“This series of arrests are in line with the directive to operation accord II.
“Some of these suspects are gun runners, armed robbers, members of militia groups and some were arrested over impersonation.
“This to ensure the safety of lives and property of citizens and to assure law-abiding Plateau citizens that we will continue to work towards their safety,” he said.
He urged residents of the state to provide useful and timely information to security agencies when they suspect criminal movements of persons in their vicinity.