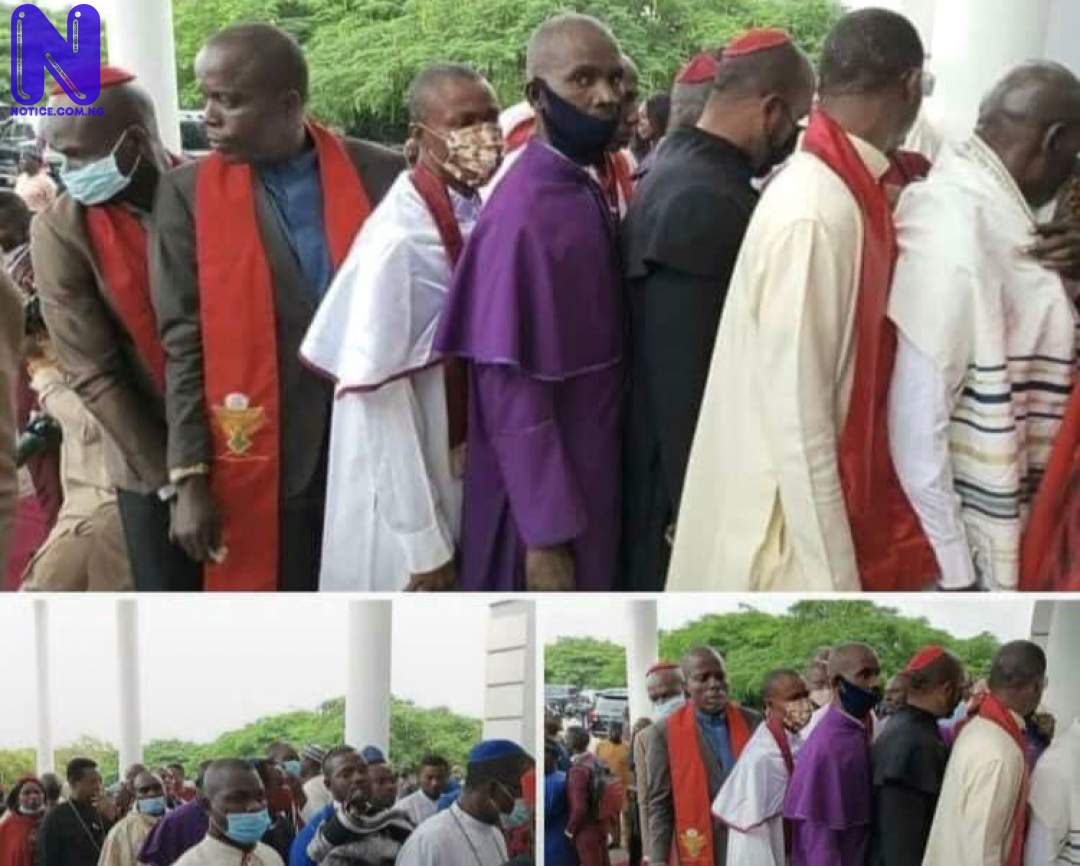 Apex Igbo socio-cultural organization, Ohanaeze Ndigbo Worldwide has reacted to the appearance of certain "Bishops" during the unveiling of Kashim Shettima as the Vice Presidential candidate of the All Progressives Congress, APC.

Press had reported that Shettima was unveiled as Bola Tinubu's running mate in Abuja on Wednesday, during which some persons said to be Bishops were spotted.

The controversial prensece of the said Bsihops came at a time Tinubu's choice of Shettima, a fellow Muslim, was attracting concerns.

However, the Christian Association of Nigeria, CAN, as well as the Catholic Church have since described the Bishops as fake.

Reacting to the development, the National President of Ohanaeze Ndigbo Youth Council Worldwide, Mazi Okwu Nnabuike and the National Secretary, Comrade Obinna Achionye said it was frightening and shocking that certain persons could go that far in the name of politics.

The OYC said they were awed by "the level of desperation being displayed by the APC presidential campaign group", stressing that "every well meaning Nigerian should also be concerned because such persons do not mean well for the country."

They added that "if the Tinubu campaign team could go as far as hiring people from the streets and giving them bishopric attires just to claim acceptance by the Christian community, then anything else is possible.

"Frankly, we are troubled by that show of shame; we are worried over that level of desperation and it is a warning sign, a wake up call to all Nigerian People.

"To worsen the matter, the hirelings were seen sharing money openly at a popular hotel in Abuja just a few minutes after the event.

"How can we explain the fact that the same Tinubu who could not find a competent Christian as his running mate, was able to find hordes of street urchins who paraded themselves as Bishops? So, after all, Christians are now important to the Tinubu campaign. This is hypocrisy to the highest level and we urge Nigerian People to be watchful."

The Ohanaeze youths concluded that no level of gimmick would change the fact that Tinubu decided to toy with the unity and collective good of all segments of the country.